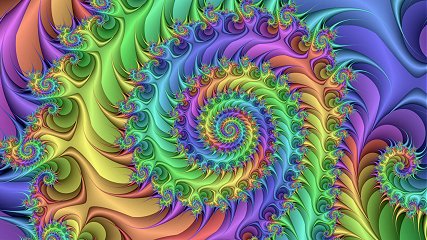 In a set of studies by Richard Taylor, a physicist at the University of Oregon, he used skin conductance and EEG measurements to measure test subjects' reactions to viewing the mid-dimension fractals most often in nature. He and his colleagues found the images reduced the mind and body's physiological stress by as much as 60 percent, "an enormous amount for a non-pharmacological approach."

That may be why, for instance, we tend to gaze out the window to refresh ourselves when we're tired or having trouble focusing at work. Or why patients recover more quickly when their hospital room has a natural view, and why art that takes nature as its subject helps lower anxiety and stress levels.

A widely read study published in 1984 by Roger Ulrich, an architecture professor who focuses on healthcare design, he and his team examined the medical records of patients recovering from a type of gallbladder surgery in a hospital located in a Pennsylvania suburb. They found, after controlling for other influences, that patients in rooms with a window overlooking leafy trees recovered on average one day faster, suffered from fewer postsurgical complications, and took less pain medication than patients whose window opened up on a brick wall.

"The parts of the brain that recognize a beautiful view are very rich in endorphins, a feel-good, anti-pain molecule," says Esther Sternberg, an immunologist and the founding director of the University of Arizona Institute on Place and Wellbeing. More specifically, the nerve cells in the pathway between the visual cortex and parahippocampal place area, where there is a high density of endorphin receptors, exhibit greater levels of activity when people view natural or beautiful scenes. "This helps reduce the stress response. So even if there's no direct evidence yet that looking at fractals helps you heal, you can make the link by adding up all these different kinds of studies."

QUANTUM HEALTH TIP: Our Schumann Resonance Crystals resonate with the fractal frequencies of Earth--the harmonics (fractals) of vibrations that are life-expanding and life-affirming.

We Are All Extraterrestials 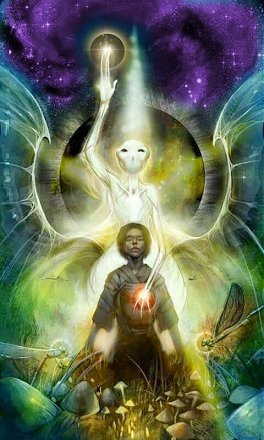 Some researchers believe data revealing the truth about our origins and about our connection to alien life can in fact be found by searching within. They posit that human beings were created as biological mirror images of our progenitors, a superior extraterrestrial civilization that paved the way for our existence millions of years ago.

This is a provocative thesis, to be sure. If true, it would give a whole new meaning to the Biblical phrase "for you were made in my image." Under this scenario, the voice of God might actually have been the voice of a scientific genius from another planet. We might expect the discussion of such a concept to be confined to the fringes of the alternative science milieu, or to be incorporated into the plotline of a science fiction show or movie. But surprisingly, the idea is being taken seriously in at least one bastion of mainstream astronomical science.

In 2013, two scientists affiliated with the Fesenkov Astrophysical Institute in Kazakhstan published an article in the journal Icarus suggesting that the search for extraterrestrial life should be expanded to include a survey of human DNA.

In support of their imaginative theory, Makukov and Scherbak have spotted a specific repeating numerical pattern in the human genetic code. By looking closely at the various mathematical ratios, fractions and constants that show up in calculations and measurements of human DNA, they've uncovered multiple instances where the number "37" seems to play a prominent role. In their Icarus research paper, the scientists listed nine instances where the number "37" could be derived by performing calculations somehow related to DNA's chemical structure, and they calculated the odds of that happening by random at 10 trillion to one against.

"It was clear right away that the code has a non-random structure," Makukov told an interviewer. "The patterns that we describe are not simply non-random. They have some features that, at least from our point of view, were very hard to ascribe to natural processes."

Expressed in the metric system, the normal body temperature of a human being is 37 degrees Celsius. And according to the latest estimates, there are approximately 37 trillion cells in the human body. So even outside its inclusion in our DNA, the number "37" does help define who we are in some fundamental ways. This is just as we might expect, if that number were included in DNA as a sign.

QUANTUM HEALTH TIP: Use our Moldavite Gem Elixir to access the galactic origins of the mind and DNA. This elixir enhances mental and emotional perceptions of the "Big Picture", and supports a greater perspective on life. 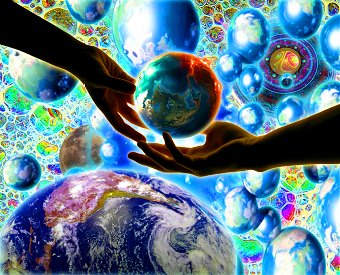 A theory called "Many Interacting Worlds" is a spinoff of the many-worlds interpretation in quantum mechanics--an idea that posits that all possible alternative histories and futures are real, each representing an actual, though parallel, world. One problem with the many-worlds interpretation, however, has been that it is fundamentally untestable, since observations can only be made in our world. Happenings in these proposed "parallel" worlds can thus only be imagined.

The Many Interacting Worlds Theory, however, says otherwise. It suggests that parallel worlds can interact on the quantum level, and in fact that they do. "The idea of parallel universes in quantum mechanics has been around since 1957," explained Howard Wiseman, a physicist at Griffith University in Brisbane, Australia, and one of the physicists to come up with MIW. "In the well-known 閃any-Worlds Interpretation', each universe branches into a bunch of new universes every time a quantum measurement is made. All possibilities are therefore realised--in some universes the dinosaur-killing asteroid missed Earth. In others, Australia was colonised by the Portuguese."

"But critics question the reality of these other universes, since they do not influence our universe at all," he added. "On this score, our 閃any Interacting Worlds' approach is completely different, as its name implies."

Wiseman and colleagues have proposed that there exists "a universal force of repulsion between 創earby' (i.e. similar) worlds, which tends to make them more dissimilar." Quantum effects can be explained by factoring in this force, they propose. Whether or not the math holds true will be the ultimate test for this theory. Does it or does it not properly predict quantum effects mathematically? But the theory is certain to provide plenty of fodder for the imagination.

For instance, when asked about whether their theory might entail the possibility that humans could someday interact with other worlds, Wiseman said: "It's not part of our theory. But the idea of [human] interactions with other universes is no longer pure fantasy."

QUANTUM HEALTH TIP: We have a Quantum T-Shirt to this effect: "Parallel Universes, Parallel Lives". While you're wearing the shirt, dose yourself with our Cosmic Eye Elixir, and explore these many worlds!

Originally, two-pointing was delineated by Dr. Richard Bartlett as part of his body of work called "Matrix Energetics", and covered at length in his book by the same name. Two Pointing is a way to collapse an energy blockage by using two index fingers touching two points around an injured or painful area of the body. Do this using several different points. By putting the attention on two points simultaneously, it collapses the "standing wave" that is blocking or inhibiting energy flows across the painful area. Great first aid! Entertaining note: I also tried it on my wallet--and it worked! From 25 No Cost Health & Healing Hacks by Boyd Martin) 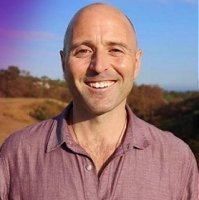 Lee is a globally acclaimed Energy Intuitive and Transformation Guide, who offers grounded, practical teachings focused on helping conscious, intuitive, and sensitive people heal, thrive and live a better life! His book ENERGY SPEAKS became an instant bestseller in March 2019, and his intuitive messages reach hundreds of thousands of people every month via his free and highly popular monthly Energy Update videos. With over a hundred audio recordings and online courses for navigating a soul-led life with clarity, empowerment, and optimism, Lee also mentors creatives, healers and entrepreneurs on how to bring their gifts and talents into the world via his IMPACT THE WORLD program. His annual SOUL MAGIC retreats, and workshops held around the globe, are adventures into the deepest aspects of living, loving, and awakening. As a musician and artist himself, Lee deeply believes in the power of our creativity for healing, and incorporates sound-healing and creativity into many of his works. WEBSITE

The Quantum Resonance Technology provided by Subtle Energy Sciences is a unique and exciting new form of energy technology that uses digital images, audio, and video to broadcast (via energetic transmission) life-enhancing vibration and information through your electronic devices. Every substance has an innate energetic signature, an informational component that quite literally informs it and enables it to be what it is. The founder of Subtle Energy Sciences, Eric W Thompson, has developed methods and processes for digitally capturing such energetic signatures and encoding them into digital media in such a way that allows such digital media to broadcast these energetic signatures and thereby promote their benefits without actually having to ingest the substances themselves. With Adrenal Boost, you can safely address adrenal fatigue and get an extra boost. Adrenal Boost does exactly what its title suggests. It is sourced directly from the quantum field and is designed to safely and organically address adrenal fatigue. It's also helpful for any time that you need some extra energy. You can think of it as a kind of energetic adaptogen. MORE INFO
NEW 25% OFF Combo Energy Packs

We created these potent and effective combo packs, that include synergistic combinations of elixirs, crystals and other formulas to take you to a whole new level of perception, awareness and well-being. Save 25% on individual formulas. Here they are:
Gem Elixir for the Month 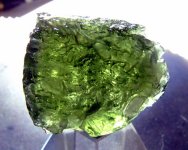 Spiritually: Fusion of extraterrestrial energies with earth energies. Clears blockages, aligns the chakras. Resonates with the crown chakra, opening it to receive the highest spiritual guidance.

Emotionally: Supports qualities such as empathy and compassion.

Physically: Makes one aware of the cause and source of disease. Supports the releasing and healing process.