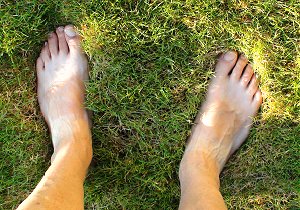 In Part 1 of this article, I asked Earth to show me what to write about as I sat barefoot upon Her. I was somewhat surprised where I went with the article, as it wasn't my initial intention to go there. But, as with most inner explorations I believe Earth directs us to the areas in our psyches where there is the most potential for growth. As a result, it was a cathartic experience, not without its drama and subsequent feedback from readers--not all positive.

For me, Earth always tells me to speak from the heart: what is it that inspires me? What is it I feel passionate about? What is it I feel moved to say? I find that when I reveal my bare skin to Earth by standing directly in my experience with Her, there is a reciprocal exchange of vulnerability--a revealing of a Mind and Heart of Earth. There is a lot going on there that us humans have been missing out on since we got all wrapped up in "civilization" with all its attention-grabbing politics, bright, shiny, spinning objects and brain-arresting mass communications. We've come to view this living planet that gives us life as something to protect ourselves from, and then to exploit in order to produce more bright, shiny, spinning objects for our amusement and gratification.

I think those truly connected to Earth automatically speak from the heart, and that is not always what other people not so connected want to hear. That said, I've also been shown that when people connect to Earth as a community, peace reigns, creativity blossoms, physical maladies fade away, and life becomes about experiencing the joy of infinite possibility. And all this from the simple act of removing one's shoes and socks and putting down bare feet on the ground. The coverings, the veils if you will, are removed, and we can hear what Earth is telling us, and begin to have a meaningful relationship with this very conscious, loving, cosmic sphere. She rewards us with better health, elevated emotions and renewed vibrancy. 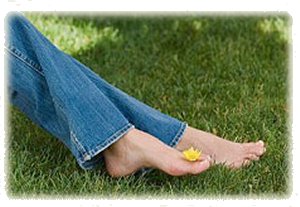 In the book, Earthing, there are dozens of accounts from people who "ground" themselves every day, and many of them speak about a profound inner calm that develops as a result. This deep peace can be scientifically explained as the change that occurs when an accumulated positive charge in the human body (brain) is discharged. This accumulated charge, if not discharged by grounding, has profound effects on human health. In fact, so many different types of maladies resolve with grounding I'm led to the conclusion that most of the health decline people suffer as they "age," is simply because they have a positive ion buildup due to lack of grounding.

The doctors and scientists who have run hundreds of double-blind experiments on this "grounding" phenomenon at the Earthing Institute report that with as little as 20-30 minutes per day of barefoot (or other methods) earth connection over several days, has normalized blood pressure, blood sugar, thyroid and liver function. It's as if the human body goes into defensive mode against all the positive ions, and creates all manner of inflammatory conditions from arthritis to cancer. It's the body's way of telling you to get grounded.

Since I've been grounding myself at least 8 hours a day over the past two weeks, I've noticed a marked increase in energy, a calmer outlook on life, and have measured a 10 point drop in blood pressure. I've even lost six pounds, which I attribute to improved thyroid function. Another excellent result has been a lack of morning grogginess that used to grind on until mid-afternoon. I'm waking up refreshed and positive, instead of "making myself" wake up to face another set of stressors.

The overall idea of grounding is that some part of your skin is touching earth directly, or touching something that is conductive that is in contact with the earth. This causes the positive ion discharge, and the beneficial buildup of negative ions. So, here are a few ways you can ground: 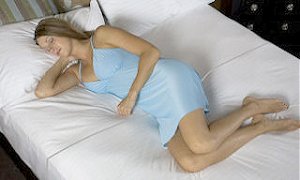 All this applies to pets, too. I used to be amused when our Llahsa Apso, Wookie, would run outside, go to a grassy spot, or the garden, and start rolling and flipping around on it--she was grounding! Research has found that many medical problems with pets can be traced back to lack of grounding, and with grounding restored, pets' health improved.

Such issues as the current solar climate change and the concomitant rise in natural disasters, I believe, could be diminished by direct human-earth contact. If nothing else, maybe the message Earth is trying to send to us would be truly heard, and human behaviors on a planetary scale would change--behaviors that pollute the Earth's air and water, and destroy the natural balances Earth uses to remain calm.