Type One is referred to as Para, which indicates the parathyroid. Paras have difficulty properly digesting carbohydrates. Anything that breaks down into glucose or sugar gives them problems. That is because they have a deficiency of polysaccharolytic enzymes, the enzymes needed to break down carbohydrates (fruit, vegetables, starch, and sugar foods). Paras tend to experience insulin and low blood sugar problems. Their genetic weakness for and excess intake of sweets and grains interferes with cellular operations, such as the chemical information delivered by insulin and hormones. They likewise usually do not eat enough protein for sufficient thyroid support and for other protein hormones. This is especially the case during menopause. 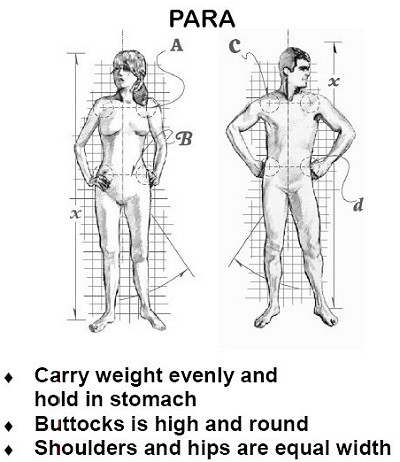 Type Two is referred to as Estro, which indicates their high estrogen levels. They are usually small through the shoulders but with wide hips. They are nurturing people, which is why many health care professionals fall into this category, since they like to take care of people. Estros (as with Testros, their male counterparts), have difficulty properly digesting lipids. This is because they have a deficiency of lypolytic enzymes, which are the enzymes needed to break down all lipids (oils, fried foods, butter, fats, avocadoes, and other fatty foods). If you cannot break down lipids, then the ability to break down fat soluble vitamins is hindered. Consequentially, Estro/Testro types tend to like fried foods and other foods that are very tasty. They like them for only as long as they can tolerate them, since they also have gallbladder problems that hinder the consumption of those fatty foods. That is also why they have a problem with steroid hormones. It is because of the fats involved.

Estros will produce more estrogen if they are full busted, since estrogen creates larger breasts and earlier bone closure. Small breasted women have less estrogen, which is why pregnancy makes them feel better. Small breasted Estros become similar to the full breasted types and have elevated estrogen during those nine months of pregnancy. Small breasted Estros have a more difficult time with PMS and require less estrogen during menopause. They also do not tolerate an estrogen increase, such as in birth control pills. Estro types gain weight from too much estrogen replacement. Menopause requires higher estrogen replacement for adequate balance. Again, this will depend on whether they are full busted and whether they have had a hysterectomy. 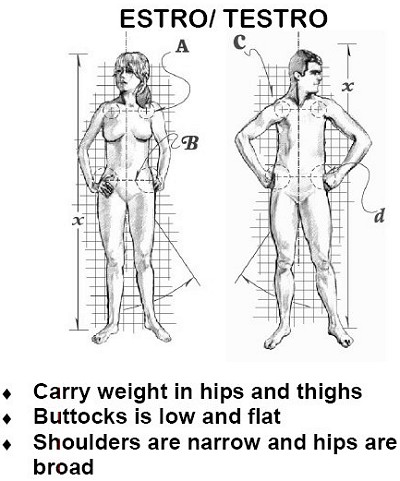 Type Three is referred to as Supra, which indicates the suprarenals. They have broad shoulders compared to their small waists. Supras have difficulty properly digesting protein (animal products, fish, foul, and nuts). That is because they have a deficiency of proteolytic enzymes. Consequentially, they have a genetic weakness for protein foods. These people will tend to be your “meat and potato” type. They have problems with holding fluid on the body, since protein is hard for the kidney to clear. Later in life, their improper breakdown of protein will interfere with thyroid, melatonin, and other protein-driven hormones. But before menopause, hormones are not usually an issue. This type usually will not suffer from really harsh PMS. 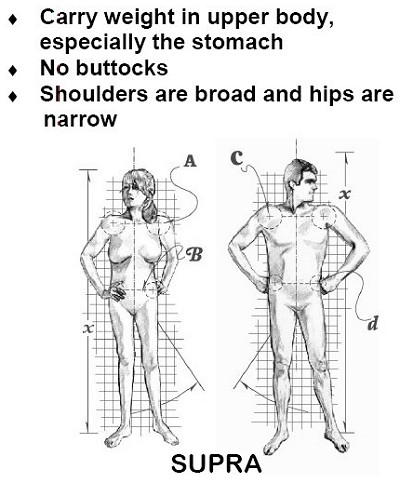 Type Four is referred to as Neuro, which indicates the neurological system. They tend to be soft, with either a small, boyish frame or a large, round body. Neuros have difficulty properly digesting all of the above types of food. They are usually drawn to dairy products, up until the point that they can no longer tolerate the sugar. Plus, they are usually lactose intolerant. They are very sensitive, experiencing problems with most all foods. They especially have problems with steroid-driven hormones. But Neuros have a higher HGH in menopause than the others do, so they do not show as great of a need for replacement than do the other types. Many times, they are given brain chemistry drugs because of their extreme mood swings during menopause. 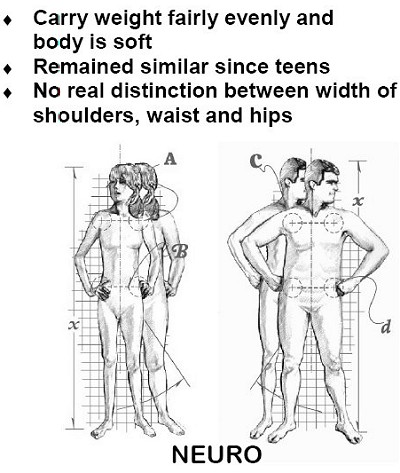 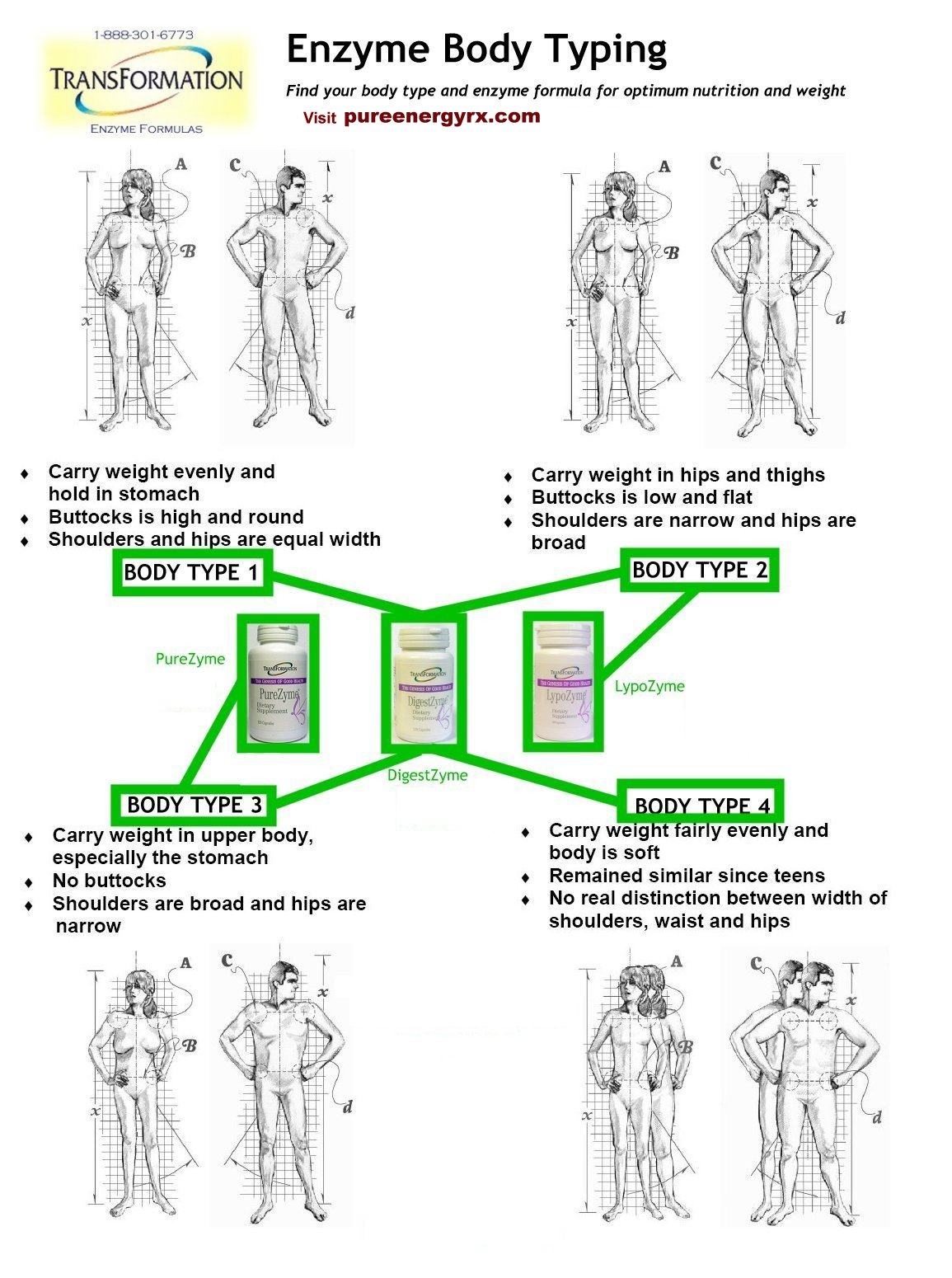