This Quantum Life #99 - Opening to Source 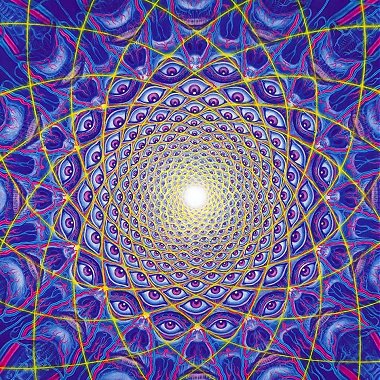 I guess I was about three years old at a municipal swimming pool that my dad managed for a small town in Kansas. I was in the water with him, and he was teaching me how to swim. I begged him to put me on his shoulders, which he did, but suddenly, he lifted me up and threw me back into the water. I assume he was thinking he was delivering a teaching moment about how to swim, but I just didn't get it. I was stunned and scared, and just sunk under the water. Dad quickly grabbed me, and I could hear my mom scolding him. It was at that moment I questioned my trust in my parents, feeling betrayed and outcast by the two people I had trusted completely.

This formative experience led me to the conclusion that trusting in people was a sort of gaslighting con that could only go the wrong way.

Through my teen years, I adopted that typical attitude of adolescent sarcasm as a shield from anyone asking for my trust. But the bottom line was, I didn't trust myself.

As a young man, I dove into philosophical studies and metaphysics in search of a body or system of truth that I could trust as a belief system. And even with this inquiry I struggled with skepticism that inevitably followed a the revelation of "this is it!". I lunged from Christianity, Hinduism, Buddhism, Taoism, Scientology, and a myriad of shamans, gurus and teachers, always reaching a point where I required something more to put my trust in.

It took a "dark night of the soul"--three of them, actually, to shake me loose from the fool's errand of seeking truth and trust from the external world. There's something that happens when you have all options and choices taken away from you, and you're left with the single choice of self. There is a reckoning, an apostasy from all belief, where you come face to face with the face of god. And that confrontation reveals the Ultimate Truth that you are Source. And by merging with the Great Sea of Universal Consciousness, there is the realization that "trust" has been a false flag operation this whole time, conducted by the ego--a way of controlling the narrative of victimhood.

The long journey of seeking a trustworthy truth ends in the opening to Source, which has been the self all along. You have become what you seek, and now the work is opening all of physical experience to Source.

I call it "work", but it really is taking effort out of my life--spotting those areas in my body, mind and emotions where I've tensed up and closed down in the false belief that there was nothing to trust.

There is a relaxing into light and love where you can feel the healing, feel the perpetualness of Source re-assuring the battle-scarred and wounded parts of your life that this is truly home, and that hurt and suffering is over now.

There is a humbling revelation of the gasping extent of the damage that was wrought by the slash and burn campaign of desperately seeking truth in the external, because every distrusting conclusion and condemnation, was another assault on self.

In the ancient practice of Ho'oponopono, the healer blesses her charge with a loving embrace of the difficulty, a humble apology, a plea for forgiveness, an expression of gratitude and a declaration of "I love you"--all performed in the full knowledge that all of our difficulties, sufferings, and wounds is the shared belief by the collective that we could not trust, or accept, the infinite love that ultimately we are.

I do this practice on that little boy in the swimming pool so poignantly unaware of the power of his distrust, so that now 65 years later, he is comforted by the loving embrace of Source--finally something to trust.