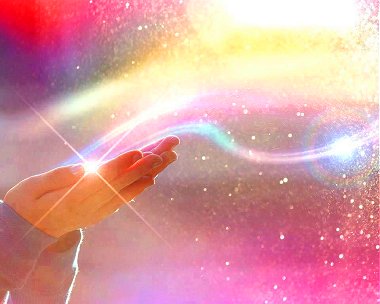 I had the rare opportunity this year to spend the holidays alone. Although I did move back to Kansas, I'm still a 3-hour drive from the nearest relative, and since I have spent most of my life on the West Coast, I think everybody just habitually didn't include me in any holiday festivities. Now, don't get me wrong--I'm probably the world's most satisfied hermit. And my prime reason for moving back to the town of my birth was to embark on a healing spiritual retreat where I could re-connect with the land where I came into this life, and work to improve my clarity about what healing really means, deep down.

It's been a little over a year now, and I've achieved a level of equanimity about my existence I haven't ever had. I've come to see forgiveness more in terms of grace; and emotional and physical pain as opportunities to light up the darkness. Issues of self-worth have become revelatory explorations into being.

When you spend 99% of the time being alone, there is a certain point where you are required to embrace who you are being--all the so-called "flaws" appear as simple outlines demarking my uniqueness. You start to see that self-judgment is more a matter of allowing other people to define you, and when they're not around, it is easy to see what a destructive folly that is.

I had the honor of experiencing a phone session with Stephen Pollitt, the creator of Source Energy Medicine. I've been on the water protocols for almost 10 months, and felt it was time to explore accelerating the process.

As I sat in silence with him for about 30 minutes, I suddenly became aware that I have been rebelling against my own authority. In other words, for every intention--especially the ones where you "just want to change everything"--I would stubbornly stand against that intent. Deep down I glimpsed a Class A, pro-level contrarian-- childlike rebellion for no reason other than to simply refuse any suggestion. In that instant, I embraced that mindless rebel and a profound peace ensued. I was no longer fighting myself--a primary disadvantage for healing.

It became clear that this was the core reason I have never fully trusted myself to make the "right" choices. I was rebelling against every choice I made, so no wonder unintended consequences have hounded me my entire life. Plus, many choices involve following through, and although I've learned to deal with chronic procrastination, it has always been a struggle to reach completion on most projects.

We all have the authority to create a life we love. It is only our own inner contrariness that makes it seem impossible. This is where "coherence" comes into play. Just as the light from the sun, for example, is considered "non-coherent" light, the coherent light from a laser can cut through anything. This is what happens when we intend something--we are creating coherent light, or energies, that shift us into new realities.

When undesired experiences, such as physical and emotional pain occur, it is an indication of non-coherence--a place where random, chaotic energies are running through the mind-body creating discomfort and dis-ease. Where is the rebellion? What is it deep down, far in, that is in conflict with that original intent to love?

The angel fell when he rebelled against Divine Will in favor of his personal power. At its core, rebellion is fueled by fear of the unknown--the perceived threat to a single point of consciousness coming into the awareness of itself--an awareness of unknowing that defines that point. By transforming that fear into love, the point of consciousness comes into harmony with all of Creation.

We all bear those scars of that fear of the unknown, and yet the only "unknown" is the infiniteness of our being. To heal means to turn fear into love, and we do that by the allowing and embracing of that fear and simply loving it. The will to love is what holds everything together. It's what drives all experience and creates all grace.