This Quantum Life #89 - The Infinite Life 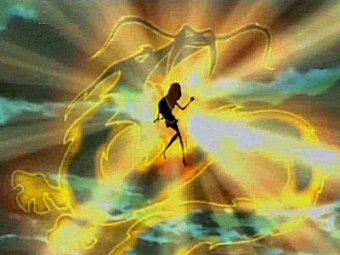 I call these times we're living in, "The Great Reveal"--the historically unprecedented access and reporting of the darkest elements of humanity, as well as the amazing and ongoing revelations of limitless human potential. I can't help but put these two ends of the spectrum together and conclude that we see the light when we see the darkness. It is an automatic response of consciousness to apprehend the opposite of what we experience, and as a result, reach for the highest and the best.

There are, of course, elements in society who have given up on their own inner light and embraced the fragile promises of the Dark Side, only to find out the cost of such an embrace is everything they cherished. The boomeranging karmic forces unleashed by the denial of their creative light transforms them into sacrificial food, gobbled up by dark overlords, who themselves become food for yet darker overlords. The cycle is self-perpetuating, and yet self-limiting creating a more and more concentrated vortex of dark evil. And this is what we are witnessing on and around our fair Earth at this moment. This force of dark intent is shriveling--shrinking down to a focused concentration of its own power, and in so doing, freeing up more and more trapped light, as it moment by moment feeds upon itself until it is no more.

Meanwhile, humanity begins to awaken from the Dark Trance we've all been under, blinking our eyes in bewilderment as we begin to wake up to the extent of the damage we've allowed at the hands of the Dark Overlords. We see we were brainwashed and gaslighted into believing we were slaves without any significant personal power, cornered into small personal lives of desperation and demeaning survival. We did make the most of it, occasionally finding moments of happiness and even bliss now and then, but we are now seeing those moments were really just temporary balms to soothe us back into slavery and self-imposed limitations.

As the Dark Lords collapse in on themselves, we start to take stock of some of the programming they needed for control:

And now we celebrate the actual truth of our true human potential that has begun to break out, past the taboos of limited beliefs and archaic profit-motivated science.

We are now hearing reports that we can control our lifespans, become super-sentient, and literally travel the cosmos to meet and greet our galactic and universal selves--the True Divine Family from which we fell.

Such messengers and bold scientists as Dr. Bruce Lipton, Gregg Braden, Terence McKenna, Dr. Robert Lanza, and dozens more are telling us what we always hoped was true about who and what we are. That we are timeless beings of light that can perpetually repair and revitalize our own bodies, contact and communicate telepathically with any being anywhere, remote view anything anywhere, and we can change the state of matter itself--all with our imagination and choice. We can experience ourselves as aspects of the Universal Creator, and are not limited to just four dimensions.

What used to be exceptional and rare flashes of possibility, is now routinely available and accessible to us as our eternal Higher Life--our greatest potential, expressed.

The waking up process can be difficult and at times unbelievable, but through a renewed, deep, committed love of ourselves, our humanity, our identity and experiences, we can reclaim all of what science, too, is just now beginning to realize--that we can and will be accepted with open arms into Galactic and Universal Culture.