This Quantum Life #83 - Mindfulness and the Status Quo 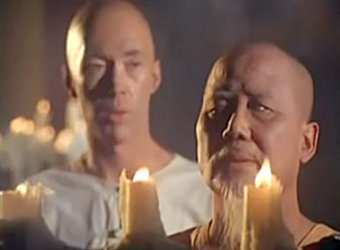 I ran across an article about mindfulness the other day that kind of boggled my mind with its over-simplicity, snarkiness and, well, rudeness. The author was attempting to make an argument that the current popularity of mindfulness practices is re-enforcing the economic and social status quo, denying social injustices, and is creating a world full of self-centered, passive magical thinkers.

It was like watching someone who has no idea what a football is, lay out an elaborate critique about the football not being round.

This writer had decided that if everyone spent their lives watching their thoughts without judgment, nothing would get changed in the world because there would be no reason to change anything, as if judgmentalism and victimhood were pre-requisites to social change.

He was also writing from a trolling position of "those mindfulness people", obviously without having ever done the practice. I would like to point out to this unfortunately misinformed critic that the practice of mindfulness is probably the world's best hope for survival.

If all the world's leaders were able to sit together in mindful non-judgment about the state of the world, wouldn't you think things would change, not only politically, but economically as well?

Being in non-judgment doesn't mean to stop caring about injustices, prejudices, and "evil" in the world--on the contrary, non-judgment comes from a place of non-duality, where the naked truth of a situation can be revealed in all its ugliness or beauty. From there, the mindful person can then make a choice as to what is desired in one's personal life and the world at large.

The other vital characteristic of mindfulness is becoming aware of one's personal dark side--the habitual monkey-minded diatribe of negativity that pulls a person into depression, hopelessness and apathy. By observing such automatic thoughts and feelings without judgment, they can be seen for what they nearly always are: a cry for love. By acknowledging these thoughts and feelings, it reduces their frequency, neutralizes their power, and reveals the trauma and hurt crying out for a loving embrace.

Another argument was centered around being "happy" with any negative situation, so that the mindful person has no motivation to change anything. This just points up the author's ignorance of the practice. Remember that "Kung Fu" TV episode when Cain is put in jail? He sat down and went into meditation, becoming hyper-aware of his surroundings, he was then able to find a way to harmlessly break out of the prison. This is what mindfulness provides: a way to use the mind to look at all aspects of a situation--without denial, without judgment--so that all perceptions and powers can come to bear on a problem.

The author also had a problem with the meme, "Happiness is an inside job", as if a person can only achieve happiness by controlling outside circumstances. This, of course, is backwards. By "being OK" with one's predicament is not saying they are satisfied with it. The "being OK" means that all facets of a situation--both positive or negative--can be observed with equanimity and then intelligent choices made to change or not change it. Personally, if I'm experiencing a negative circumstance, I would much rather "get my mind right" about it by achieving peaceful allowance of it so that all the possibilities for action can be considered. Otherwise, I'd just be throwing my fists wildly in the air in hopes of hitting something--and I've been there, believe me!

Mindfulness is a vital practice, and anyone who says different is advocating for self-ignorance, low intelligence, and warlike approaches to the world's problems. It is important to allow that many people do have these non-mindful views, because by being OK with them allows us to see the pain and injustices that must have been at their genesis.