This Quantum Life #79 - That Mystic Broadcast of Oneness 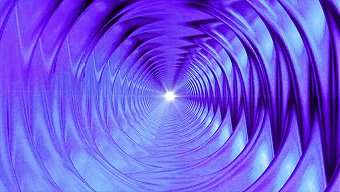 It was around 1986 when one night I woke up with an "announcement" in my mind: "The mystic broadcast of oneness emanating from every point in the universe." I remember gazing at the ceiling of my room with that message reverberating through my being for a long time, as the faint light of early morning grew to illuminate the entire room.

From that experience was born the concept for the Mystic Broadcast Network, which at the pre-Internet time, I envisioned as a broadcast network of radio and TV stations with programming that enhanced higher consciousness and human evolution. I could not in a million years have conceived of what the Internet would bring a few short years later, with literally millions of video and radio channels, where anyone could have a voice.

As the Net rolled out, it seemed perhaps that early broadcast I heard was getting picked up by the general population, so maybe there just wasn't anything for me to do, personally. But, as time wore on, and the Internet turned into millions of idea bubbles, rigorously defended and attacked by other idea bubbles, I realized I needed to revive the original idea of the "broadcast of oneness", so I put up my own internet radio station that I felt was true to my original vision.

I tell this story as a result of a couple of things that happened to me this past week that showed me deeper context about that broadcast of oneness.

One of my favorite consciousness raconteurs is the late Terence McKenna. In one of his talks posted on YouTube, he makes the point that Nature is continually ramifying into more and more complexity and uniqueness. He took that idea much further with the development of his Time Wave Zero Theory, where he posited a Transcendental Object at the end of time that was driving all creation toward it with infinite novelty. He even graphed a "Novelty Curve" across human history. He derived the Novelty Curve by running millions of random samplings of the I Ching hexagrams through a computer algorithm, and found that the longer the algorithm ran, it represented increasing novelty, much like computing "Pi" out to billions of decimals. He then placed a graph of this up against human history, and found that the peaks and valleys of novelty corresponded to the ups and downs of human technological and political development. These correlations were so exact and profound, he concluded that there had to be some sort of overall "oneness" algorithm that was driving the whole thing.

I spent a long time studying and mulling this over, and have come to the awareness that only within oneness can there be uniqueness. New possibilities can only occur when the oneness of the infinite is factored in. What we call "infinite" is most likely all the possibilities of life we are not aware of. And were we to step outside the dimensions of existence, we would probably see that what is newly created requires the sum total of what exists, otherwise, how could it be unique?

The other thing that happened this week, was that my shaman friend and mentor, Janet Barrett, had me on her podcast to discuss "curiosity" and its role in consciousness. As the conversation sauntered along, we both started saying stuff like, "Most of what is created is simply picked up by the mind as a broadcast of a previously existing idea." And, as I mentioned from a George Carlin quote, "If it's true that we are all from the center of a star--every atom--then we are all the same thing. Even a Coke machine or a cigarette butt in the street in Buffalo, are made from atoms that came from a star. They've all been recycled thousands of times, as you and I. And therefore, it's only me out there. so what is there to be afraid of? There's nothing to be afraid of because it's all us."

A Facebook friend was doing some market research for her new book today, and was asking everyone if we even read email messages from subscriptions we'd signed up for. I snarkily replied that I wouldn't have subscribed if I wasn't going to read the messages. But then she followed up with me, asking what specifically would cause me to open a particular message. I came back with, "Well, whatever I was resonating with at the moment--whatever broadcast I was tuned into at the time." 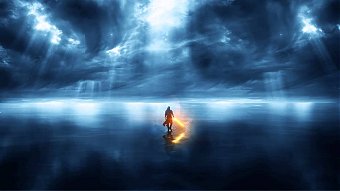 After I had commented, I sat for some moments reflecting on what I am tuned into, and I realized that question is an excellent one to ask as a mindfulness exercise. What broadcasts are you listening to, or watching in life? How do those broadcasts make you feel? What content do you want to put into your own broadcast? Because, whether it's incoming or outgoing, those broadcasts are what is being reflected back to you as your life right now.

By tuning in to that cosmic and mystical broadcast of oneness, you allow infinite possibilities to become available, and from there it begs the question: Which broadcast of possibility do you prefer? It very quickly starts to become real that every particle, every wave, every point, everywhere is broadcasting its own program, as it entangles with and resonates with other points of broadcast that combine and manifest as unique creations--always in motion, always changing, always responding to your attention and intent. So, BE that mystic broadcast of oneness from your own life, and fling open the doors of infinite possibility for humanity, for Earth, and for the Universe.