This Quantum Life #78 - Living in Possibility 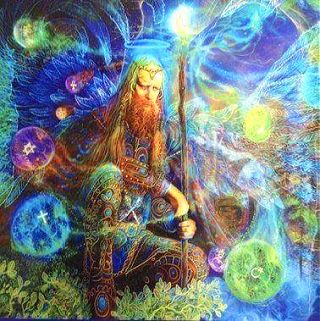 Have you had this experience? You wake up in the middle of your sleep cycle, and suddenly everything about existence makes sense, and meaning washes over you in a timeless wave of knowing. You are caught up in a cosmic moment of understanding and feel suspended in time and space with your whole life laid out in front of you like a three-dimensional mandala. Well, this happened the other night, and, of course, upon officially waking up later, I had trouble remembering the dream and the experience. But it returned slowly over the last couple of days.

As I contextualized the experience, it became about living in the unknown, but completely without fear, knowing everything was in its right place and correct time. The tendency, when confronted with uncertainty and larger unknowns is to start doing what's been called "predictive processing" with the mind. This takes the form of worry, or obsessively computing and conjuring outcomes based on known data. It's actually a bad habit, because when actual outcomes start showing up, nine times out of ten, they are nothing like what was computed. Yet, for some reason, we keep doing it--probably from a sense of disempowerment and a feeling of being out of control, where at least you can control your imagination by creating scenarios.

Deep down in the behavioral DNA there's a gaping fear of not being, and I think what we may think of as a terror of the abyss or void, is actually excitement about infinite possibility. Excitement and fear have been shown to fire up the same neurons in the brain, and most of what goes for fear of the future is learned. This lies outside the purview of a perceived existential physical threat, but we tend to lump anything "unknown" into a threat, hence the fear of the future.

The irony is that, as non-physical entities, we cannot NOT BE, but the over-identification with our personas, body, and other identity markers we use to interact with others sets us up for "losing it all" or just plain "losing it". Now, I've been there a few times in my life, and it really seemed real at the time, and for some time after that, but as events sauntered on and perspective was gained, I can look back on these "losses" as necessary wisdom teachers.

As I have begun to embrace this "living in the unknown", I have started to re-frame it as "living in infinite possibility." The habitual tendency of the mind and emotions to worry has now become a signal to observe how past perceived traumas have left their mark and sculpted a terrain of avoidance--much like keeping your hand away from a flame, or not moving when in pain. These areas of avoidance get activated when circumstances appear threatening due to perceived lack of information. I have started to simply let all that go, and instead embrace the excitement of not knowing what wonderful infinite possibilities are precipitating all around me to become gloriously visible at some point.

Along these lines, I've been experimenting with spending money--a big area of past trauma for me--and have started to notice that every time I would spend, say, 50 bucks for groceries, 50 bucks of income would shortly show up--within a few hours or days. In two cases, the amounts were nearly exact, which made me start looking at this in the first place. I had no idea beforehand where these monies would be coming from, and in most cases, when I am scanning for sales or income sources, I'm completely surprised about what shows up instead. 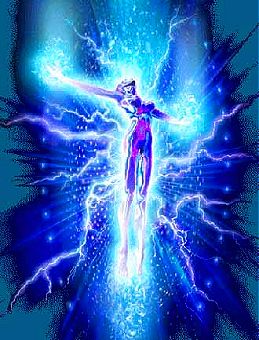 By letting the unknown be unknown, it takes the limitations off of what is possible. Just declare it: "Show me something amazing", or "I don't know or care how, just show up!" and then remain mindful in the moment, observing the coalescence of events and circumstances as they unfold to answer your intent.

I've also noticed that worrying doesn't seem to have any affect one way or another on the manifestations. The problem with worry is that it is a way of stressing the body and is debilitating. It's better to re-frame worry into excitement or curiosity, spot the past trauma, observe it, and then remain mindful in the present. The sage and I Ching master, Wei Po Yang, when asked about what he had learned from a lifetime of studying the I Ching, said, "To worry is preposterous." Why would he say this? Because all of life is in support of being, and only when we cut ourselves off from that support by low self-esteem or self-destructive programming, do we repel that support.

Life makes life, and even death makes life, so either way, you're gonna be alive one way or another. Why not accept the excitement, the support, and the love we all have inherent in being?