This Quantum Life #76 - It Really Is All Good, Man 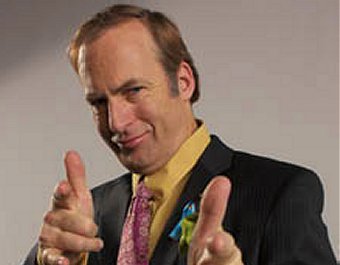 I've always liked the phrase, "It's all good" -- and, to add "man" to it to bring it into the hippie vernacular. Am I old yet? But it always reminds me of an old Mexican shaman.

I guess it was about 30 years ago when I was studying with this shaman, and he asked me, "Why the long face? Life treating you bad, man?" I had been going through some marital problems, and was teetering on the brink of clinical depression, which hadn't been addressed yet. I shook my head, "It's all good, man."

The shaman chuckled, "You mean, you don't want to talk about it, or something bad has happened and you're trying to put it in a better frame?"

"I guess both," I said after a long pause.

"You know it really is all good," said the shaman. "In fact, I'd say it was fantastic!" He beamed at me, and I was a little embarrassed for some reason.

"Whaddya mean?" I asked, finally pulling my head out of my downtrodden-ness.

"I mean, the farther down the hole you go, the more likely you're gonna hit bottom, and then it's all up from there!" He was kind of dancing, and was a little too close to my personal space. I stepped back and tried to look him in the eye, but couldn't.

He immediately laughed and shot back, "Well, if you die, make sure to come back and look me up and let me know how you're doing." He was grinning at me like I had mud on my face and he wasn't going to say anything about it.

The whole exchange made me very uncomfortable, and after mulling it over for some years, I achieved some takeaways that have always stuck with me.

Number One: The harder things are, and if you survive, you're that much stronger for it.
Number Two: Only self-worth and self-respect are capable of turning around your life.
Number Three: Only your ego makes you feel like a failure. Your True Self is only love, so no matter who or what you are or do, it's perfect.

I had a debate with a friend recently at a coffee shop around something I'd written about re-framing, where something you consider negative happens, and you re-frame it so that there's a positive spin to it. My friend insisted that I was in denial, and that the "re-framing" I was talking about was just a rationalization.

I pointed out that would be true if I were only reacting to the negative situation with a justification for it, such as, "It wasn't my fault, because...", or, "I didn't see it coming, and didn't deserve it...", stuff like that. 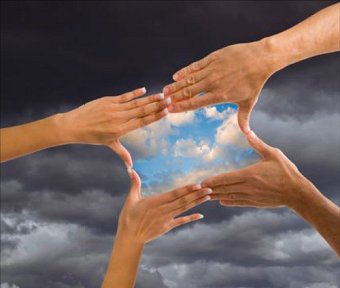 When I talk about re-framing, I'm saying that it is a way of changing the past, and is actually supported by quantum physics. Something happened you interpreted as negative. You then re-visit the event, and re-contextualize it as a "life lesson", or how by creating that negative situation, you were serving your personal development.

Justifying is simply not taking responsibility for a perceived wrong or negative event. Re-framing is putting the event in the context of a higher purpose. Big difference, and it points up the power we all have to literally change the past by changing the context. Quantum physics describes a phenomenon called "reverse causation", where a future event changes a past one. And in Terence McKenna's "Timewave Zero", he speaks of a "Transcendental Object at the End of Time" that is driving all present circumstances toward a final transcendence.

For example, That fender bender I had focused my attention on what was truly important in my life, and when I got the car repaired, we discovered other mechanical problems that would have been life threatening. This was my higher self protecting me. A justification would be to blame the other driver for stopping short.

This pivots around to the basic nature of the universe--that it is consciousness-centric, and thus, must be basically good, or it wouldn't be here. More accurately, it can be said that consciousness is love, and that only love creates. So as long as the universe exists, it's all good, man.