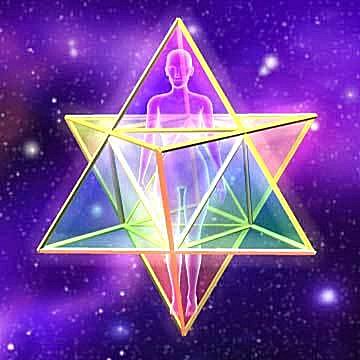 Looking back on 60-odd years, I notice I've made it my business to follow some of the latest discoveries and trends in consciousness. It's more of a spiritual practice, actually, and allows a "quantum of solace" outside the normal noisy racket of my life. And every once in a while, I get a flash of insight about what this universe actually is, my place in it, and what life really means. Not to say I personally had any original thoughts in this field--just that every once in a while, I'm able to poke my head behind the curtain and see what's going on--or at least take a stab at describing what's going on.

My first real glimpse into cosmic discovery came about in a cliché way back in 1971 during a psychedelic experience. The gateway was "Orange Sunshine", and the experience was: "I saw what god was". I couldn't talk about the experience for years, but I've thought about it for over 40 years, and boiled it down to levels of consciousness, and among those, God Consciousness. This is something we all have access to (without taking psychedelics), it's just that our mundane acculturation, social training and--dare I say--American-style dismay with spiritual pursuits, puts us at a disadvantage when it comes to experiencing altered states of consciousness.

The thing about this first touch of god was, it terrified me. I mean it really scared the bejesus (pardon the pun) out of me. To the point where I was sort of stunned spiritually, where I couldn't even read a spiritual book or talk metaphysics for a few years after that.

But, as life paths go, I was returned to consciousness research from none other than my paternal granddad, a Baptist Minister by training, and a proud Irishman by birth. He gave me Tielhard de Chardin's The Phenomenon of Man, a pretty heavy read for a 20-year old--for anyone, any age, actually--and it pulled me out of my terror of my god encounter into an intellectual pursuit of proofs of god. This is a revered practice among Christian mystics, and I realized that under my granddad's jolly jokester Irishman act lay a true philosopher of magnitude. At any rate, I plowed through this dense tome a couple of times, and came away with a more rational view of what had happened to me that fateful night at the hippy dance.

De Chardin puts forth a series of thought experiments that bring you to unavoidable conclusions about the existence of god. He summarized that we are all "gods" in our own right (near blasphemy for his day), and that by merging into this universal consciousness, we all can have this divine experience.

Fast forward a few decades, and I was at a local ski resort on a two-night weekend gig with a band, and Sunday afternoon I was minding my own business eating a sandwich at the club where we were performing, and suddenly found myself looking at something in my mind that took me aback. It was a single sphere sitting there in my mind, much like the monolith in "2001: A Space Odyssey". I was like the apes jumping around trying to figure out why it was even there. And then came a thought: The entire universe emanates from this particle. Hummmm... OK. It just seemed to make sense, without any explanation--a self-evident display.

Fast forward another few years to Terence McKenna's "Time Wave Zero" theory, and we hear that there's a sort of transcendental object at the end of time, and that everything happening back from this "object" is a reflection and expression of that object. Time flows into this Transcendence like a vortex of water flowing down a drain, and it is entirely made of thought. This theory was enhanced by Kurzweil's Singularity--where all consciousness is moving toward a single point of universal thought.

THEN, a couple of scientists recently took the leap and mathematically proved that there is, indeed, one object from which the entire hologram of the universe emanates, and that it is a double tetrahedron (such as representations of the Star of David and the Sri Yantra). This accounts for all geometries, from spiraling galaxies to the double helix of DNA. 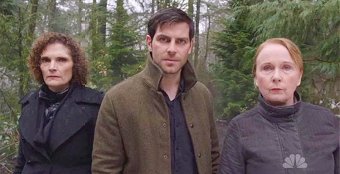 THEN, last night... I was watching the final episode of "Grimm", where our hero, Nick Burkhardt, battles the ultimate evil only to watch in horror as all of those he loved are murdered by it. And just when poor Nick is about to give up and hand over the key to universal destruction to the evil guy, he is visited by his deceased mother and aunt--both powerful Grimm shamans--and together they defeat the evil, sending our hero back in time to when everyone he loves is back together again. His mother said, "The power of blood--the blood of you and all your ancestors--are more powerful than any evil."

The take away for me was that we all have within our own Being access to all the power, knowledge and love in the Universe, and it is ONLY a matter of Being Who We Truly Are. We are all not only Children of God, but also the Father of those children, having our Being in cosmic love and trust that everything there is, is who we are: The Transcendental Object at the center of Creation.