This Quantum Life #72 - Disclosure and Consciousness 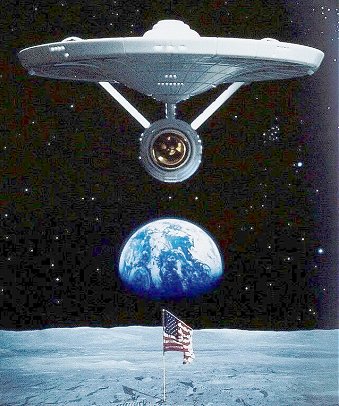 I first heard about "Disclosure" around May, 2001, when Dr. Steven Greer held the first official Disclosure Press Club Event in Washington, D.C. However, before that, through the 80's and 90's, I grabbed up everything I could find about extraterrestrial visitations, and came to the realization that we are far from alone in this galaxy and in this universe.

Then, on Sept. 12, 2001, the group I had founded, The Northwest Disclosure Project in Portland, Oregon, hosted Dr. Greer for an event in Portland, well attended by over 900 people. I was able to hang out with Greer, and he made himself candidly available to the "insiders", assailing us with the "latest" Disclosure info from his "deep state" sources.

Fast forward a couple of decades to the current state of the Disclosure art, and we find that some YouTube channels about Disclosure have far more viewers than mainstream media outlets. And the call for "Full Disclosure Now" is being sounded by such high profile researchers as David Wilcock and Michael Salla, as well as whistleblower insiders as Corey Goode, Laura Eisenhower, and Emery Smith. This movement has really taken off since the release of the documentary "Above Majestic", which presents the extreme development and mind-boggling extent of a long-running secret space program engaged in by several governments around the world. Add to this the announcement by Former President Trump of the formation of a "Space Force", that brought the Disclosure people to their feet screaming--"There already IS a space force!!" Other cooler heads see that announcement as more of another "soft disclosure" by a government.

For those of us who have been following the extraterrestrial "UFO" phenomena for most of their lives (I remember reading George Adamski's Inside the Spaceships when I was a pre-teen), the idea of advance civilizations commuting across the galaxy and visiting Earth, was really not too much a stretch. In fact, the more I sat with the idea, the more it made sense--based on the sheer mathematics of time and space the universe represents.

For awhile there in the early 90's, I entertained Terence McKenna's view that UFOs represented the extreme human need to meet and greet a Greater Other, to the extent that humans will hallucinate extraterrestrial flying objects as proof to themselves of this mysterious and unknowable Greater Other. In McKenna's psychedelic view, such things as flying saucers were essentially constructs of the human imagination--as he himself did experience.

As time wore on, and more and more information got released by whistleblowers deep inside these covert and compartmentalized "black" military projects--often putting their lives at risk--I snapped out of the McKenna hallucination into a much more bio-centric view of the universe.

In 2007, biologist and M.D., Robert Lanza, first published the theory of the biocentric universe, which is quickly gaining acceptance in several scientific circles. The theory states that the Universe is created by living consciousness, and that biological life as we know it is far more the rule than the exception throughout the universe.

Other experiments such as the "phantom DNA" test, by Russian physicsts, showed that when photons were applied to a single strand of DNA, once the DNA itself was removed, the light itself remained in the double helix pattern. This suggests that the entire universe is infused with a sort of energy matrix that exists to create and sustain life. Now, put these concepts together with hundreds and thousands of reports of ETs and their craft, and it really isn't a stretch to believe.

But, any good Disclosure researcher must be able to spot the widespread media bias and manipulation by vested commercial interests, not to mention well-documented C.I.A. MK-ULTRA mass mind-control experiments from the 50's (up to the present), and the whole Earth/ET contact thing stinks to high heaven of cover up.

Of course, we're not the only humans in the galaxy; of course there are advanced technological societies interacting all through Earth's human history; and of course, deep forces of powerful vested interests would want to control commandeered non-terrestrial technologies for the control of and power over unsuspecting citizens of Earth. These are really no-brainers. 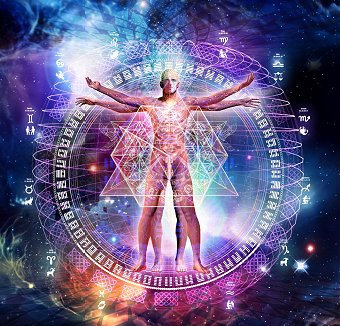 But it's not the point I want to make. Human consciousness is on a steep trajectory of evolution upward, and the thrust of the evolution is an expansion of consciousness into cosmic awareness that we are all ONE with the universe. Science is showing that there are energetic electrical connective filaments running throughout the solar system and even between galaxies, where energy is exchanged on a vast level across unimaginable distances. And we have access to all that connectivity. Evolution is exerting inexorable pressure upon the human genome to expand consciousness WAY beyond where we have been culturally trained to be focused (or distracted).

The significance of acknowledging awareness of non-terrestrial life, is to connect with the rest of the living universe. It is an evolutionary imperative. I would go so far to say that to deny the existence of living, breathing, building, traveling civilizations beyond our solar system is to deny our own destiny.