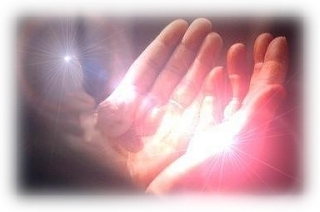 In the world (or many worlds) of quantum physics, the mechanism of belief goes far beyond the conventional understanding of the word. Belief, as a part of quantum living, is really an allowance of everything that shows up, combined with the intention that something show up.

I've had this discussion many times with clients who say, "I took the E-1, and I didn't notice any difference." My standard reply is, "You may not have noticed anything change, but something is changing whether you can feel it or not."

This is true because of two factors: 1) The client had decided to take an action to relieve a symptom, or problem. There was an intent to change an unwanted condition and the atoms and molecules in the body are responding to the intent. This is at the crux of healing. The healing starts at the intention to heal.; and 2) Subtle energy formulas such as E-1 are acting on and changing the subatomic structure of the body that amplifies the healing intent. This is the very nature of quantum entanglements and actualization.

When someone says they don't "notice anything different," they are in effect saying, "My awareness is limited to this very tiny box of possibilities." And because they are using quantum medicine-based formulas that they have never used before, how would they know that "nothing is happening"?

I encourage these boxed-in clients to take their awareness out of those four, two-dimensional constricting walls and place it in the field of infinite possibilities where anything is possible, and anything where can be perceived. Lo and behold, they suddenly realize that every time they take the E-1, the tightness in their chest goes away, or they actually feel less stressed, or they have better balance when they walk. Now, all they did was consider the idea of infinite possibilities, and immediately their awareness of their changes increased.

This is profound. It means that if you want or intend something to happen, it begins to happen immediately in the atoms and molecules of your life. That initial change will continue to grow into everything you are asking for--provided you don't stop it prematurely by declaring, "Well, nothing's happening, so I guess I can't have that." And the Universe is just as happy to respond to that as well.

This, of course, has everything to do with receiving. If you are not willing to receive the change you are asking for, then it's going to be "on pause" until you are. One way to make sure you are open to receiving the change you want, jump into the field of infinite possibilities where anything can happen above, below, to starboard, to port; 360 spherical degrees of universal response to your desire. Then, watch it all unfold in gratitude.