This Quantum Life #59 - The Shortcut of the Imagination 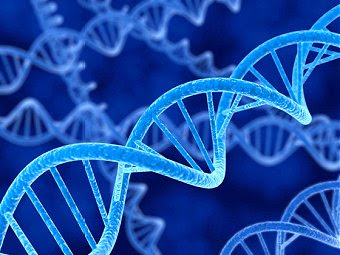 Within the tenets of epigenetics there is the theory that the cells of our body have structures on them that act like broadcast receivers, existing to "pick up" a specific quantum broadcast of consciousness--YOU. This broadcast of YOU exists everywhere in the universe, so that when the cells and DNA of your body tuned into it, you took on that body as an expression of your broadcast.

Biologist Dr. Bruce Lipton has been a vocal proponent of the epigenetics theory, and has offered it up as proof that the essence of us--our soul--is immortal, and that at the moment of death, it is a matter of simply not being received by the body anymore, yet the broadcast continues as us.

When you combine this theory with the theory of Universal Biocentrism--where it is postulated that the universe exists because of life, then you have the scientific equivalent of metaphysical spirituality. And I say, well, about time! These theories allow for a scientific basis for perennial spiritual teachings, such as reincarnation and the immutability of the soul, and offers great hope for humanity.

Lipton has also said that simply knowing these theories doesn't necessarily mean your life gets any better. He notes that although the cells of the body do pick up the broadcast of YOU, there's a whole lot more to the story that just that momentary union.

The conundrum of physical existence is that as a soul, we've been around literally forever, and the body game is just that: a game--one in which we find ourselves not only surrounded by the space-time reality of our perceptions as interpreted by a human body's brain and energy fields, but also existing outside that local space-time continuum as an infinite, non-local presence.

This awkward combination can cause a sort of schizoid situation where we are directly perceiving being swept along in a vortex of experiences while at the same time we are watching it from the outside. It seems at times like what we intend for our lives is the exact opposite of what we end up experiencing. Well, this predicament is now addressable in light of these new theories of consciousness.

It is possible to perceive that what we intend to experience as a soul--or outside observer--in some ways imprints a reverse image on the movie screen of our temporal life, thus creating the "game" of creating the desired experience from the undesired situation. We experience poverty because the game is achieving wealth. We experience disease, sickness and pain in order to achieve the opposite.

It's a dualistic world in this way, and by acknowledging and allowing for this, there is a gigantic reason for hope, and and an even greater reason to play the game--because the ultimate objective is the Utopian visions we all have of what our lives could be--the positive print of the negative image we may be experiencing. In other words, what we truly, deeply desire for our lives is inevitable. 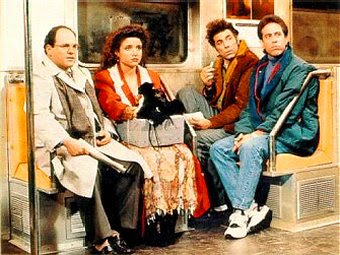 I'm humorously reminded of the Seinfeld TV Series episode where the characters all experienced the "Opposite World", where success is achieved by "doing the opposite" of what seems logical or reasonable. And in a very real sense, this is a workable strategy in realizing our greatest desires and highest intentions: Reach beyond the automatic, habitual way of seeing the world--do what's NOT expected, what's irrational, or impractical--as doing that is closer to the way of achieving the freedom we strive for.

Our ego has a powerful weapon: the mind--conscious and sub-conscious, and the combination of ego and mind sets up a powerful adversary in the playing of the incarnation game. The automatic tendency is to react and take personally our experiences of what is not wanted. We often end up just putting our heads down with our noses on the grindstone of what has "worked" in the past, when that is just the old long way around, and most of us take up an entire lifetime never getting to what it was we originally intended for our experience.

The "hack" or shortcut is right there as part of the original equipment we all came in with: the imagination. The imagination IS the creative force that determines all of our experience. By directing the imagination to create the feelings of what we desire in the body, then with repetition, the body's cells begin resonating with those feelings and create an attractive force that organizes the quantum field around our experience, bringing us precisely what we desired. This is a mechanical property of physical existence--not wishful thinking or woo-woo speculation.

Where we get tripped up is when we interpret subsequent experiences that don't fit our desires as "evidence" that our desires are not being fulfilled, or are being blocked or neutralized in some way. This is FAR from the truth, as just the opposite is actually true. After expressing a desire, the quantum field begins to respond, and everything that happens is what is required to happen to bring about the ultimate actualization of our intention. The key is to interpret every "setback", or every apparently non-related event, or outside phenomena as evidence of the unfoldment of our intention, regardless of its initial interpretation and appearance.

So jump onboard with yourself. Feel and live life "as if" it is as you want it to be--enjoy the unfoldment of it--and soon, inevitably, it will come to pass.