This Quantum Life #51 - We Are All Masters 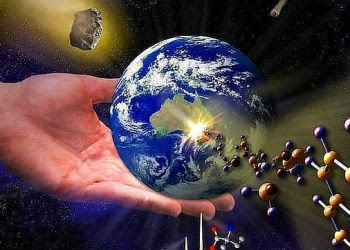 I was moved to put in my two cents on somebody's Facebook post. She said, "Should I end a relationship because I have spiritual aspirations and my partner doesn't?" I've seen this sort of post several times lately, and it brought to mind something my shaman teacher was trying to pound into my furry head years ago: "If you are incarnated here on this planet, then you are already a master."

I tossed that back and forth in my feeble brain for years until one day I realized that I was being taught by a seven-year old, and shortly after, someone I had classified as a "jock" and completely non-spiritual.

The crux of this matter is that however a person shows up to us, they are a reflection of our own judgments and conclusions--our own separation anxieties, fixed ideas and values. We tend to overlook the fact that they are having a similar experience down here on the streets as I am, and even if they haven't been paying attention to the same things I have, doesn't mean they don't have something to teach me.

Cosmic Town Crier, Bashar, talks about people being "ashamed" or feeling downtrodden because they incarnated into this life, as though it was some sort of sentence or reason to be discouraged. He says, "This is FAAAAR, FAAAR, FAAAR from the truth. The truth is, everyone here on this planet is very advanced spiritually. Otherwise, they wouldn't have attempted this challenge."

Science is now coming to some understandings about how the brain and mind work together, and the complexity and multi-dimensionality of it boggles the mind. Research has revealed brain geometries that can only be mathematically expressed in 10 or more dimensions. And, that the mind interfaces with the brain from another non-3D dimension.

All this multi-dimensional positioning can certainly create an existential crisis, even in the most stable of us. Overlay cultural programming, social mores, and family values and it's a wonder that we all aren't wide-eyed, babbling, slobering, idiots (although I do feel like that sometimes)...

Back to the original concern about a partner "being spiritual" or not--it's really the wrong question. It is more accurate to ask, "Is this person generative? Do we contribute and expand each other? Now, what that looks like may or may not be "spiritual" in the mundane sense. Yet keep in mind that appearances are moot when it comes to spiritual development, and that development can be stimulated by anything--a handicapped person, a prom queen, a dog, a bird, a flower, a rock, a sunset. It's what we mirror to ourselves that creates the experience of spiritual expansion.

The key is to be mindful of what we are mirroring and projecting. Let it show us unconscious patterns and un-developed perceptions. In this way, our time on Planet Rock here can reap some true rewards, only attainable by us earthly masters.