This Quantum Life #42 - The Nature of Being Human 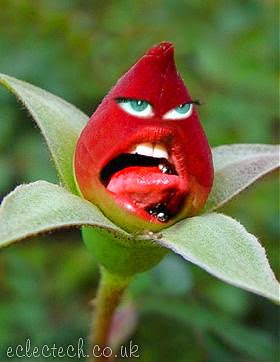 The other day, I found myself in a group visualization meditation with a prominent local psychic. She led us to an expansive garden and then asked us to find the tour guide for the garden, and ask the guide for a special message just for me. Immediately, there appeared a deep blood-red rosebud. The rosebud spoke, saying, "Humans' DNA is programmed just like ours: to bloom into a beautiful flower--to attain a higher state. It is the Law of the Universe."

As we came out of the meditation I was struck with the significance of that comment from the rosebud guide. Essentially, built in to the human DNA is the process of "becoming" or the ultimate evolution, which is spiritual enlightenment and mastery over life. It is built in.

In other words, it is the basic nature of humans to attain higher and higher states of awareness and consciousness. In scientific fact, it has been recently discovered and realized that the human brain operates in as many as 11 mathematical dimensions. These are apparently necessary to "step down" and assimilate the infinitely vast amounts of information inherent in every moment in such as way as to render it coherent to the extremely limited human senses.

Additionally, these dimensional operating modes are capable of accessing multiple universes and high states of consciousness. Psychedelic pioneer, Terence McKenna, made many breakthrough studies about the multi-dimensional nature of the human mind, where, with the help of such psychedelic substances as pure DMT and other plant hallucinogens, he brought back remarkable and repeatable experiences of advanced beings actually "hard-wired" within our lives, helping to guide us to our ultimate flowering.

This jibes with recent discoveries that are leading some physicists to claim that the entire universe is conscious, and that every particle contains intelligence. Additionally, there have been several studies leading physicists to conclude that sub-atomic particles have the ability to shift instantly to parallel universes and travel instantaneously among them. This "quantum jumping" effect is what makes quantum computing possible--where the computer simply goes to a universe where the proposed problem has already been solved and retrieves the answer. 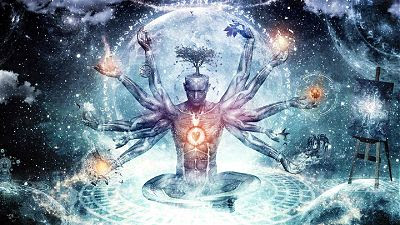 Some researchers have gone as far as suggesting that our own consciousness drives not only what we perceive, but events that occur in our local space-time. In other words, what we desire to see is what the intelligences of the universe deliver to us. Since most of us are buffered from total and complete knowledge of who and what we actually are, the illusion is created that life is "happening to us", when in truth, life is happening as a result of us.

After the meditation session with the rosebud guide, I noticed the guide continued to accompany me for several days. At one point it said, "Humans regulate themselves down. They make themselves less than what they are in order to fit in with cultural norms set by other humans who would control them. Release yourself from control, and become aware of the incredible and infinite power you have available to you as part of the original equipment. In another other word: Bloom!"