This Quantum Life #41 - Be The Magician 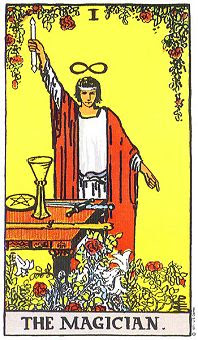 One of the most basic skills in magic is to entrain the audience into suspending their disbelief of their own senses. If the audience no longer disbelieves what they are seeing, what you do as a magician seems like real magic. The trick is to convert the skepticism of disbelief into the wonder of true believing.

And this is how we actually create our lives. We become true believers of our own magic. We don't like a certain situation, or we want to change what we are experiencing in our lives, so we reach out with a new vision of how we want our lives to be, and refuse to disbelieve when things are slow to change or barriers and apparent obstacles block our choice to change.

Last week I had an experience with the crowdfunding app, GoFundMe. I had made a choice that I was going to raise the money for my cause, no matter how long it took, or what I had to do to make that choice come true. I thoroughly suspended my own skepticism about fundraising and "other people's intentions"--all the reasons that prevented me from using the service in the past. And with that mindset, lo and behold, it only took 48 hours to achieve my GoFundMe goal. In retrospect, it did seem like magic. In fact, many of the participants in the fundraiser were surprised how fast everyone chipped in.

My guru/coach said something that got me going on this: "The energy of wonder--the amazement of creation--is one of the most attractive qualities you can show the Universe. The intelligence of the particles and waves swirling around you, are just waiting for you to want something amazing they can be a part of."

Most of us have had the experience of deciding to accomplish a project or get something done, then sitting down with pen and paper to write down all the plans necessary to bring the project to fruition. We list out all the steps that we can see from the perspective of not having the project completed. We then proceed to trudge through the steps, one by one, and then realize a lot of the steps have to be revised, or new steps added, and after a while it seems overwhelming.

Of course, the problem started when we wrote down the steps we thought we needed to do. That's a problem because it was done from the viewpoint of not having what it is you're shooting for. In fact, a very wise person told me once, "It's not your job to figure out how to get something done. That's the Universe's job."

All we need to do is put the vision out there and suspend our own disbelief about it happening. The fact is, as creators, once the vision is released it IS existing within the quantum energetic structure of the subtle energy fields permeating us all. And, these subtle energies are independent of space and time and instantaneously connected to all particles and waves in the entire Universe. They are, literally, the MAGIC of life.

We can just as easily spontaneously STOP everything by disbelieving. If you don't believe in your own creation, then the intelligences of the particles and waves in the subtle energy field of your life, won't believe them either, and nothing changes.

So, as the magicians of our own life, we must entrain our monkey minds to be true believers in what we are creating. And in doing so, wha-la! Magic.