I think I was probably 19 when I heard about quantum physics. They just barely skimmed over it in college chemistry, probably because the professors really didn't know how to teach it since it completely undermines Newtonian physics. The one thing that did get through to me, though, was that measurements at an atomic level are directly affected by the observer. Wait. What?? Atomic measurements change when observed by human consciousness. At the time, it sort of hit the top of my head and bounced on off into the Twilight Zone. But, I kept coming back to it over and over as my life sauntered on.
At one point maybe 20 years ago, I did an informal study of quantum physics--something on the order of "Quantum Physics for Dummies" (which is an actual book). Every time I would delve into the subject I would get my mind blown. Concepts such as "quantum entanglement", where atomic information ends up instantaneously (apparently, teleported) spread among several particles at once; or Einstein's "spooky action at a distance" when it's possible for a single particle to be in two places at once.

This is deeply subversive stuff, and I love it. 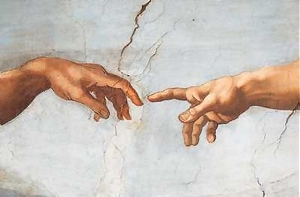 The real "juice", though, came from an entirely different direction, and when combined with quantum physics, it was like a metaphysical atomic bomb. You see, I also was a devoted spiritualist--I believed, from my own personal subjective observations, that I was a part of God, the Infinite Creator, and thus, was an infinite being myself, having this decidedly non-infinite human life.

Mix the knowing that you're an infinite being, with the scientific fact that you change the makeup of atoms just by observing them... Well, that's some heavy duty stuff there!

So, the only conclusion to come to is that I--we all--totally and completely create our lives from the ground up in every way, shape and form. It can be no other way.

The thing about this, however, is that we can create a very complete illusion that convinces us that we CANNOT BE creating everything in our life. We decide it's too much to take in. It's too much responsibility, or it's not possible because of these thousands of reasons. News flash: There ain't nobody else but you doing your life.

The big apparent confusion is that we are all down here on this lovely blue marble, operating what we have defined as finite physical bodies, and interacting with each other within a pretty strictly agreed-upon time continuum. Things get confusing since we observe other infinite beings creating things, and we're observing those things. We sometimes think we created them, which we use to convince ourselves that we are NOT creating what we think we are creating. 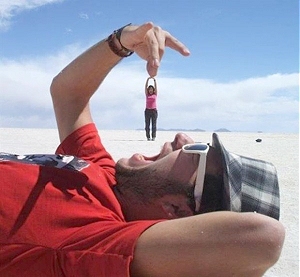 Add to this the scientific quantum fact that there are INFINITE POSSIBILITIES, and you can easily see why most of us just keep our heads down, nodding in agreement with "whatever"... It just seems overwhelming.

Well, the next news flash: It's only overwhelming because you decided it is. The only difference between feeling overwhelmed and not is basically, a choice. You can choose to observe how utterly overwhelming this physical life is in this time continuum; OR, you can see the utter simplicity of experiencing the infiniteness of you, and that you can choose what time continuum you live on, and all the conditions of your physical life.

By doing this one thing: CHOOSING, you'll find that the Universe (the infiniteness of you) really has nothing else better to do than reflect back to you your choices. Hence, by observing what is reflected back, you can change it to be something better, something greater, for no other reason than to more accurately reflect the infiniteness of you. So why not choose the highest and the best for your life? It's the most natural thing in the world...