This Quantum Life #38 - The Quantum Afterlife 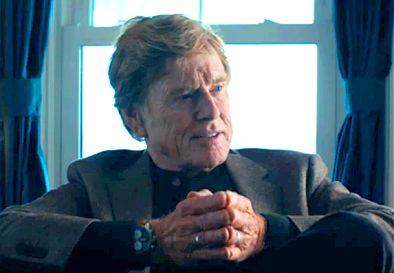 At 80 years old, Robert Redford plays a scientist who proves the existence of the Afterlife, so kudos to him for taking on this age-appropriate Netflix production.

The film is a slow-moving, introspective fare, delivering the subject matter with even more gravitas than it would on its own. The cast is quirky and melodramatic, which gives impact to the last 20 minutes of the show, when Redford's character admits he had it all wrong about the Afterlife.

In the scientist's previous research, he definitively proves that a person's consciousness "goes somewhere else" at the time of death--hence, "The Discovery". This leads to mass suicides around the world, since now there is a guarantee of a glorious "life reset" after death.

The film begins with the fallout from The Discovery as Redford's character is interviewed by Mary Steenbergen's TV reporter. She attempts to get the scientist to accept responsibility for all the deaths (upward of 4 million since The Discovery), and he won't. After all, it's a matter of personal choice.

The next step for Redford's scientist is to obtain a physical recording of where this "somewhere else" is. For this he needs a cadaver--apparently more convincing than flat-lining himself and some of his staff doing research on this. 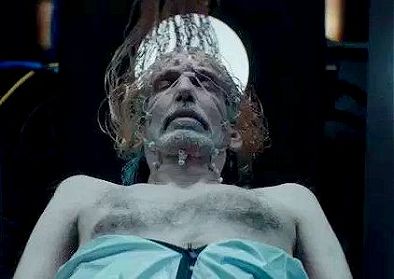 The cadaver tells a mind-blowing tale, which gets me to why this film had such an impact on me, as a quantum physics buff. (Spoiler Alert) Via a quivering and ghostly video image from the cadaver's point of view, we see a known local hospital where the subject visits a family member. At first, everyone thinks the video feed is simply a string of memories, which would invalidate the premise that the machine retrieving this video is plugged into the subject's current view of the Afterlife.

But then, the scientist's son (and rude skeptic) discovers that there are small details in the video that do not match current reality: a door in a hallway at the hospital that isn't there in the video, a tattoo on the arm of the subject that doesn't match the one on the cadaver's body, and a few other things that get everyone asking, "What exactly are we looking at?"

And then, the chilling conclusion: what we call The Afterlife is simply another version of the life we've just led. So after our death, we step into basically the same life we just left--all the same people, same issues, and same settings, except we have lost the memory of where we had just been because we've left that mind behind and taken on a new one in a parallel universe.

So, no "god", no "angels', no "Pearly Gates"... just more of the same. Now, what impacted me was that this theory fits in nicely with what quantum science knows about the behaviors of sub-atomic particles. Such features as "spooky action at a distance" where electrons can be at two places at once, or share information instantaneously across huge distances, or go to the future and change its own past. These characteristics are common in the quantum particle-wave world.

We are all made up of these quantum particles, so is it such a stretch to believe that we, too, have the same "spooky" possibilities lurking within our being? 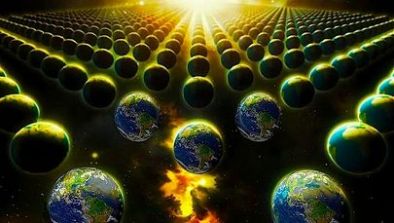 A somewhat shocking explanation given by engineers about how quantum computing works, is that all mathematical problems have been solved in all parallel universes. Inform a particle in this universe of a problem, and it automatically retrieves the solution from a parallel universe. In other words, quantum particles travel among parallel universes instantaneously, and those particles are what make up our very own lives.

What if "The Afterlife" is all about making new choices--about doing things differently than we did them before to create a different result for ourselves. The fact that we use the death of the body as a way to "jump parallel universes" now seems, in light of this new possibility, rather over-dramatic and anachronistic.

I then began to realize that I've been catching glimpses of another version or versions of my life my whole life. Usually, they are higher, more wonderful versions of me, where I've made the choices that have led me to a Utopian existence. This fits with the Promise of most religions about the Afterlife--we go to a loving, beatific place where all our loved ones welcome us with open arms. What if what they are referring to are simply parallel universes where we can choose anew among those possibilities.

And what if we could just go there right now?...