This Quantum Life #23 - Moving Schmoving: What I Learned About Housing 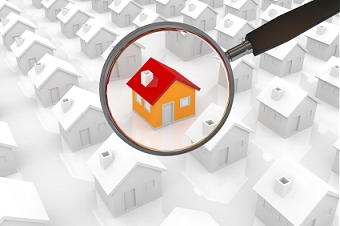 I don't particularly like to move--I mean change residences. There's not only a lot of physical labor involved, but there are all the decisions to be made and a huge amount of extra tasks, so if you are a busy entrepreneur like myself, how do you fit it all in (in more ways than one)? That said, here's my moving story... I hope you find it...uh... moving.

The landlord, we'll call him Brad, was a typical one: very cheap--would only fix things that would save him money. If it didn't save him money, he didn't fix it. Other than that, we were on good terms. In fact, he and his wife visited to see how I was taking care of their property and he said, "We hope you'll stay here as long as you like." That was back at the beginning of April.

Two weeks later, I got a notice in my mailbox to vacate with the minor admonishment "we have changed our minds" as the intro. I now had 30 days to "git out"... It seemed like a reasonable time (although legally in California tenants are entitled to 60 days--especially if they have a home office); so I didn't say anything.

A few days later, I ran into Brad and asked him what was up with the mind-changing, and he said he was turning the place into an Air BnB. "Gotta make money for retirement!" he chortled. I was deadpan. "Well, good luck with that."

A couple of days later I carved out some time to start looking at house rentals, and what began to dawn on me was that San Diego has a sellers' market going on big time with housing, and a housing shortage on top of that. I was looking for a small cottage (they call them "casitas" here) that allowed a small dog. Turns out everybody was looking for the same thing, it seemed.

I signed up for all the real-time email alerts with Craigslist, Home.com, Zillow, and others. I'd call as soon as I'd get the alert and the typical response (if I got a response at all) was, "Oh, we've had 20 calls already! Isn't that great!" Well, for you, maybe...

I realized I had to up my game, so I put everything else on the back burner to concentrate on this search for a residence that seemed to become more and more elusive. I looked at probably 20 places, and all were either too expensive or had no pets policies, or mold, or other deal breakers--and I wasn't really being all that picky. 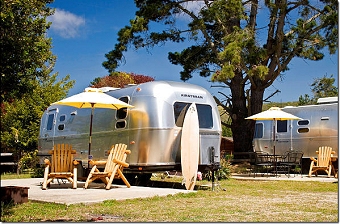 June 1st was in two days, and I hadn't nailed down a place yet. I did have one, but it was being remodeled and wouldn't be ready until the 5th. I figured the Brad would let me have a few days grace, but, no. "No, no, no! I have construction guys coming on the first to tear down that wall in your place, so you gotta be out!" Ugh. It dawned on me that now I had two things to do: 1. Find somewhere to store my stuff, and 2. Find somewhere for Wookie (my doggie) and I to live temporarily while I finalized a rental.

I remembered a friend of mine, back in April, had said, "Well, if you need a place temporarily, I've got plenty of room." I called her. "Hey, great timing! I'm gonna be out of town for two weeks, so you could take care of the dog while you're here." Perfect. It was only about 10 minutes away, so now I just needed to put my stuff somewhere.

For the last two years, I had rented garage space with the house next door, to set up my infrared sauna and store some stuff that I had trouble fitting into the 500 sq. ft. I had to work with. It went great until the ownership changed, and the fiery redhead from San Francisco, Megan, told me to pack it all out of the garage. She was turning the place into an...you guessed it... Air BnB. I sold the sauna, and squeezed everything else back into my place.

Since then, I noticed the garage remained empty, so I called Megan to ask if I could store my stuff in there for a month while I found a new place. "Sure. Gimme fifty bucks." OK--second problem solved.

The place with the remodel ended up to be untenable. Not because of the building, but the landlady ended up being nuts. She doubled the deposit after we had an agreement, and I found out from a friend that she was dog-phobic. So, I spent the next month, nearly every day, scouting places. I covered all of San Diego County (which is a big piece of land), looked at more places with hope waning. My house host returned from her trip, and I told her my predicament. "Well, maybe you should be looking for a situation rather than just a building." Huh. Then I realized what I really wanted was to live somewhere where the people were conscious and community driven. 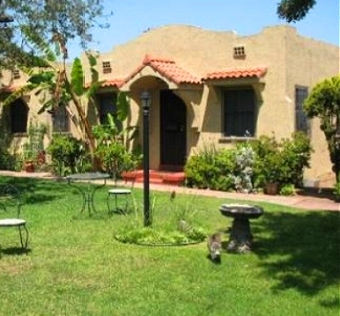 I posted my pitch on the San Diego Conscious Housing Group on Facebook, and somehow, the energy seemed much lighter. In two days I got a hot lead. It was for a casita right across the street from where I had been, and I knew several of the people there already because they had been neighbors! The name of the place: Zen Casitas. Two yoga teachers, a couple of writers, and nice, aware people.

The irony made me laugh. I immediately called the management company and after a few days, the lease was signed and I was rapidly deposited in my new place with Wookie.

The moral to the story is that if you're attempting to actualize something, make sure it's not something else you're not acknowledging that you're making a deal breaker. As I was running around San Diego County looking at places, I was unconsciously running everything through a filter of requirements that I wasn't acknowledging to myself. So, the Universe in all it's wisdom kept sending me on a wild goose chase until I finally coughed up the real reason I needed to move into a new place. After all, a home isn't just a building. It's partly reflecting what you believe you are...