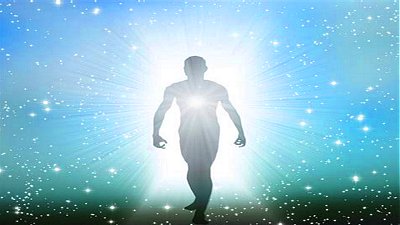 Within the cycle of creation/destruction there is a moment in time where there is a breach of equilibrium.

Once the equilibrium is breached, however, the bonds of crystallization begin to break and the entire construct falls apart. There were too many dissimilar constituents attempting to "latch on" to the existing crystalline system, weakening and diluting the bonds holding everything together.

The rise and fall of civilization; the rise to fame and subsequent obscurity of a rock band; the blossoming of a love affair into a marriage and the eventual divorce; the maturing of a human embryo into an adult person, and the process of aging and the resultant death; all have to do with dissimilar energies or constituents pulling apart the crystallization of a creation.

On the other end of the cycle is destruction/creation, where new bonds of matching constituents crystallize out of the remnants or building blocks of past creations, such as plant growth from a seed crystallizing around its DNA as it pulls surrounding soil elements into its matrix of equilibrium; or, the complex and global process of sourcing and combining of raw materials from farflung locations to make an IPhone, or a car--is a form of crystallization: a seed idea around which matching and complimentary forms become a manufactured item.

I'm laying out these basic fundamentals as a way to understand what is happening to human civilization at this momentous instant in history. And I dare say it is much, much more than the rise and fall, or fall and rise of a mere civilization. We're talking the crystallization of all of Creation into a coherent whole by all participants in the multiverse.

Basically, the human experiment has run its course, and a new permanent equilibrium has been established. New coherence is happening as we--universal participant creators--line up with the original Source/Creator/God to create a "Universal Love Crystal" within which we live immortal lives of infinite love, beauty, compassion, abundance, and freedom.

What I call the "Human Experiment" is when the Creator created souls "in his image" with all the powers of the Creator, including the crucial power of choice to create. The power of choice required something to choose between, hence the "experiment" of darkness. "Let there be light" was the Creator's choice in The Beginning, and now his creations must let there be light as well. This led to the millions of years of newly created souls remembering how to grapple with such powers, leading to such diversions, distractions, and detours as ego glorification, self-destruction, evil, and other forms of mortality and incarnation. (Please see Kimberly Ann Goguen's report on the Restoration of Earth from the Office of the Guardian.)

Like a small child throwing a tantrum from not getting what it wants, these newly created souls rebelled against their origins, without understanding what they were, incessantly clinging to the darkness refusing to "let there be light", lest they "line up with" the Father, incorrectly assuming a loss of freedom.

Centuries upon centuries in the crucible of experience at last removed the final vestiges of ignorance, and the Great Awakening revealed the infinite freedom afforded all those who "lined up with" Source/Creator/God to create the Grand Crystallization of Universal Harmony. You see, the Creator created you to be you--not something you are not. Our error was not letting self be self, assuming freedom was "over there" somewhere away from where we came from and who and what we are.

Just as it's within the sun's basic nature to shine, a soul expresses itself automatically without judgment or limitation as to what it should or shouldn't be. This automatic expression arises from a core of conscious love, and when we choose to allow ourselves to flourish as such, we attract other souls and create a crystal matrix of loving experience, and live the infinite freedom to be who we are at our core.

Allow the healing. Allow the harmony. Allow you to be you.