This Quantum Life #171 - Everything Is Conscious 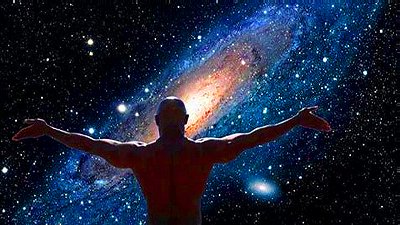 Back in the 80's I attended a three-day workshop on diet and nutrition in Oregon. Dozens of presenters and product hawkers presented their theories and convictions about the subjects. On Day 2, I attended a roundtable discussion about raw food, as I had just been getting into juicing fruits and vegetables of late, and was looking for tips and tricks of the practice.

The moderator of the discussion was a devout raw food advocate, declaring that the reason people get diseases and age prematurely is because they exclusively ate "dead food." Almost everyone in the room was nodding in agreement.

But one impressive-looking gentleman with white hair and full beard suddenly stood up during a small pause in the discussion, and said, "It's not important that we judge food as 'living' or 'dead'. It's the energy of consciousness we are eating--not vegetable matter."

There was a long pause while everyone realized he was directly contradicting the moderator, who looked a bit perplexed. "That is an interesting point," he finally blurted out. "But there is life energy in raw foods that cooking removes."

Unperturbed, the white-haired gentleman replied, "There is life energy in everything because it came from the Creator, and by our conscious eating and respiration we renew ourselves. Besides, cooked food is much less stressful on the body to digest." The moderator nodded noncommittally and then quickly introduced a juicing advocate. But I instantly understood what the gentleman was saying, and felt a little silly thinking there were "good" and "bad" ways to feed the body.

There is a yoga of nutrition called Hrani Yoga, coined by Bulgarian mystic and teacher, Omraan Aivanhov. This yoga orbits around the concept of the cosmic exchange of energies between a human and the Universe. True nutrition has less to do with exactly what you eat, but HOW you eat it.

The practice stresses liquifying in the mouth each bite of food and imbuing it with one's own inner light before swallowing. The body then much more effectively uses the various essences, elements, and etheric energies to repair and rejuvenate itself. In short, eating is an exchange of consciousness between a human soul and the Creator.

A larger point is that everything is energy and that energy is consciousness. From a cosmic perspective, a rock is just as conscious as a stalk of raw celery--just harder to chew (heh, heh). Just as a celery plant begins its form from the germ of a seed, extending through its DNA into a mature plant, and then transforming into decay among very much alive bacteria--it never actually "dies". It is metamorphosed or evolved into raw materials for future celery plants, or anything else needing its de-molecularized and atomized constituents, which then becomes another form.

The rock has a similar cycle, being a product of earth geologic activity, gravity, geopathic pressures, weather, and other interactions with the plant, animal, insect, bacterial and human kingdoms. It is simple to see that a rock's "life" trajectory could very easily intersect the life trajectory of the celery form, as at some point it becomes the growing medium for the plant kingdom.

I propose that we get away from making the distinction of "living" or "dead", because it is a limited view that is biased against transformations of forms. My younger brother "died" recently from cancer, but did he? He is still considered "my brother" regardless of his form. I knew him as an infant, a mature man, cremated remains, and now he is still my brother in the etheric realms--no less real than his physical incarnation.

By allowing ourselves to access wider bandwidths of perception, we discover a larger Cosmic Life where physical forms shapeshift into other forms, all souls are never "lost", and every point in the universe is a conscious portal to everyone we've ever known, everywhere we've ever been, and to Source.

It is easy to get hung up on the physicality of this density of consciousness, but it is no more real than anything, anywhere, or anyone we can imagine. We are all of it. We must allow that there is a cultural bias against what we imagine to be "real", and what we assign to be physically "real". Cosmically, there is no difference. Our inner experience is also our outer experience. As Bashar says, "There is no 'out there'. It's all in here. It's all now."

Everything we touch with the fingers of our physical body, or our mind, or our imagination--is alive with the consciousness of Source--always in transition, always transforming, changing and exchanging without end. It is about living the Infinite Quantum Life... the Conscious Life... the Creator's Life... Your Life.