This Quantum Life #163 - Tethers To Darkness 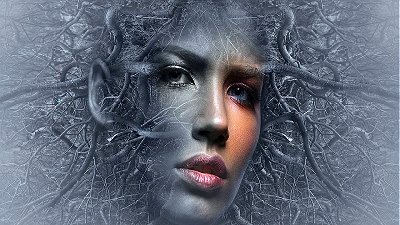 Way back in the day during my shaman training as a young man, my teacher, Don Amigo, would say--often several times a day, "Ninety-nine percent of your thoughts and feelings aren't yours." Finally, after hearing this maybe a hundred times, I blurted out, "How can this be, Don Amigo? It's just you and me here." He retorted, "All minds are connected. We attract the thoughts and feelings that we are tethered to." He wouldn't let me follow up--a common learning trick he used--so I was left to sort it out on my own.

I came to realize that the negative thoughts and feelings--if I remained mindful and vigilant--did seem to just appear without warning, and the emotions these thoughts conjured up did feel slightly foreign. Sometimes I would say to myself, "I wouldn't feel that way if that happened!"

As I continued to gain distance on this mega-broadcast of thoughts and feelings swirling around me, it became obvious that the negative thoughts and feelings were linked to upsetting or traumatic events I had experienced. It was as if when my dog got hit by a car, for example, I reached out to the first negative thought and feeling that seemed to fit the situation and made it my own. Don Amigo called it "tethering".

He said, "Humans believe they create everything. This is mostly wrong. They don't create because everything has already been created. Instead, they choose and just think they are creating." This misconception humans have about their experiences is at the root cause of tethering. We choose what to feel and what to think from a vast soup of different realities constructed over billions of years.

Our judgments and conclusions about our perceptions are reflected back to us in the choices we make that we think justify those choices. It is a self-justifying reality loop we use to trick ourselves into thinking our thoughts and feelings have any basis in reality. And our "reality" is just a mish-mash of past choices we believed.

We tether ourselves to what we believe is real and true in our lives, and are not too discerning as to how we came to believe what we believe. Even contradicting thoughts and feelings are rationalized and justified, because we believe we are creating our lives. Instead, we are actually choosing our experiences from an infinite pool of possible universes. It is the sum total of what we have chosen to be tethered to that describes our overall life experience.

We are currently experiencing a "bifurcation" of universe possibilities, where we are moving away from duality universes and moving toward universes that no longer support the "light vs. dark" possibilities. In this non-duality realm, there is only the Lighted Eternal--creation without destruction; life without death; transformation to higher states without descent into pain and suffering.

When we find ourselves tethered to darkness--fears, depressions, scenarios of destruction, want and exploitation, it becomes increasingly unlikely we'll choose the Lighted Eternal field of bifurcation. In fact, the tethers to these negative states represent the choices we made to energize these negative realities with our belief in their inevitability. In other words, if we are convinced the world is "going to hell in a hand basket", and then energize that choice by believing "corroborating evidence" abundantly available at any moment via fear mongers, social media, propaganda outlets, crisis actors, and doomsayer pundits, we further cement ourselves into the dualism of these universes.

The news flash is that it is our tethers that amplify the darkness, because we chose to believe in it. That's all. The saving grace is our superpower of choice. We can become mindful of tethers to darkness within our Universe of realities, and can then choose to untether ourselves from that darkness. If it's worry, if it's fear, if it's pain, if it's suffering, frustration, self-punishment, or any of the millions of ways we tether to the darkness within us, we still can choose love, light, infinite eternities of joy and blessings for ourselves and the world.

As we sat together watching the desert sunset, perched on a large boulder, Shaman Don Amigo declared after a long silence, "Tether yourself to love and by doing so, dispel the dark worlds nipping at your feet. Love and the light it represents is more real than the lies and machinations of evil. There is no greater power than making the choice to love."