This Quantum Life #158 - Covenants Released: We Are Free 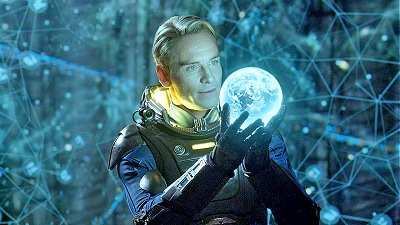 One of the most exciting Christmases was when I was 12. My parents (or "Santa Claus" on the card) got me a telescope. It was one of those Sears rudimentary cardboard tube-style 'scopes that sported a 150X magnification. I was thrilled, and when it got dark that night, I crunched through the snow in 10-degree weather to set the thing up under the brilliant stars of an Iowa winter night. It was a whole new world, and I felt like I could literally travel through space, exploring unknown corridors to worlds I could only imagine--and I did imagine a lot.

I gazed at the sky until my fingers and toes were numb, and as I lay in bed I gazed at the ceiling in my room imagining stars, planets and galaxies. As I absorbed the telescope into my daily routine, at some point I was struck by the sheer vastness of the universe. But instead of feeling small and insignificant, I felt connected to what must be millions upon millions of worlds supporting untold numbers of civilizations and infinite expressions of Universal Nature.

I became enamored with science fiction--even subscribing to "Analog" magazine (back in the 60s), and checking out library books by Asimov, Philip Dick, Arthur Clarke, Frank Herbert, and Robert Heinlein. The thing is, these "science fiction" stories seemed more real to me than what passed for the current scientific realities taught me in public school. I just knew there was more to life in this universe than we were being told.

Fast forward to my 20s, and I was deeply entrenched in L. Ron Hubbard's social experiment of Scientology. It was the fact that Hubbard himself was a science fiction writer of note that first attracted me to the cult. And although I spent 10 years in what seemed like the metaphysical marines, I did get my eyes opened to expanded realities of exopolitics, alternate human histories, and a time line of human experience spanning billions of years--not thousands, as we are taught.

When Dr. Steven Greer began the Disclosure Project in 2001, I formed the Northwest Disclosure Project out of Portland, Oregon, and our group sponsored Dr. Greer for two events attended by well over 2000 people. The Disclosure Project validated my conviction that there was more to this world than anyone was being told, and why this was always confounded me. It did finally hit me that powerful controllers hiding themselves behind trillions of dollars and sophisticated mind-control systems masquerading as mass media, was much closer to the actual truth.

Now, we've all seen it in action with what became "fake news", a plan-demic, de-population "jabs", and all orchestrated by a small cabal of eugenicists, busy at their craft for hundreds if not thousands of years, well connected to much darker and much more technologically advanced galactic-class Controllers.

In her excellent, super-condensed Story of Human History released last month, Kimberly Goguen lays out in detail the billion-year long campaign to control and harvest human slaves under the dispensation of The Creator, whose creation of Darkness added to the Light, made it possible to create infinite forms. What may have been unintended consequences--or at least delayed consequences--resulted in some beings choosing to embrace the darkness and the anarchy of chaos in order to usurp and enslave without constraint.

As millennia dragged on, countless violations of Natural Cosmic Law ensued, eventually leading to the corralling of these Dark Beings mostly into this solar system, where they have been operating under quarantine for several hundred thousand years.

The good news, as reported by Ms. Goguen, is that the last of the Darkest Lords have been transformed and absorbed by the Creator, and ALL of the soul covenants agreed to by you and me have expired. The bad news is that most of us don't remember we'd been captured into a covenant, let alone released. This brings up the picture of the horse tethered to a lawn chair, believing he was unable to roam--shackled by belief and habit rather than reality.

And here at last, I arrive at my point. Although the extent of the damage to human DNA is extreme, with short lifetimes, "genetic" diseases, brainwashing by "public education" into fake science-isms, it is still possible to regain our self-respect, our sovereignty, and situational awareness enough to perceive the galactic and universal big picture here of the whole light-dark drama. What's also possible is for us to take ourselves "off hold" and to reclaim our real lives--the lives that allow us centuries-long lifetimes, unmitigated health, and instantaneous access to all points and portals of consciousness in the multiverse.

Like the horse tied to the lawn chair, though, we must work through our beliefs and choices that keep us on that leash. It is up to us, and can only be up to us because only we know what happened to us personally. Step Zero, of course, is waking up to the Universal creator agenda that embraces and frees all sentience to live under the Natural Law of Oneness, Love and Justice.

The deep abyss of darkness has been gathered up and sequestered into its proper place, leaving unencumbered light and creative freedom. Seeing that, and choosing that as the next great epoch of human existence, is now our divine right that only we can give to ourselves.