One day when I lived in San Diego,I walked into the courtyard of my apartment complex, and didn't see my cuddly doggie, Wookie. It occurred to me that someone may have accidentally left the gate open and she wandered off, which was worrisome because she was mostly blind. I believed that Wookie was gone.

I called to her, no response. I stuck my head in my neighbor's door and called because Wookie hangs out there sometimes, but no Wookie. I hurried into my place looking around for her, and did not see her. I was sure she was on the loose. I went so far as to walk around the block calling her name and looking under every car and bush.

Yet, despite my concern, my gut told me she was okay, and to go back home. Certainly she'd at least show up for dinner. I walked into my place and there, right in front of me sleeping on the floor was Wookie. She'd been there all along.

The takeaway for me on this little adventure was that since I believed that Wookie had wandered off, I literally could not see her when I walked into my house. It was a perfect case of "see it when you believe it." I'm very much this type of person, and I believe there is another type--the "believe-it-when-you-see-it" people. They need to see some sort of physical evidence to support a belief, whereas I, and people like me, must have a belief first and then the evidence becomes apparent.

After considering this, I realized the extent that beliefs shape how we see others. But it goes deeper than simple judgments we make of people based on their appearance or their speech. It really begins with a world view.

I do believe that all of Creation arose from Love. I've come around to this conclusion only after fully embracing the "World of Suffering" paradigm. The reason I came around to the "Love" view is because it simply explains more. Why is that man over there spewing so much hate toward a political figure, or why is she so jealous and condescending about that movie star? Public figures in particular are great mirrors of society's inner pain.

That man spewing hate, basically hates himself. But that hate can only exist because somewhere deep down he knows there is love. That's why the hate--he hates not being able to reach the love--his true goal.

I ended up defending a friend of mine against some criticism she was publicly enduring about her breast implants. The critical person was disgusted that my friend had made that decision. I stepped in to say, "Hey, she has every right to do what she wants to her own body. You don't have her life. You don't know where she has been, or her values. It's not hurting you, so back off. You don't like fake boobs, then don't get them." 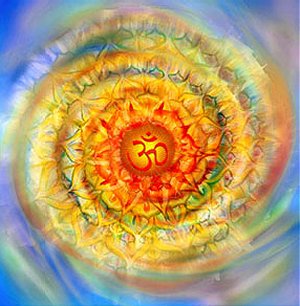 My buttons had gotten pushed, for sure, but only because I could sense the underlying separation the criticizer had from her own compassion, and that threatened my own connection to mine.

I believe there is nothing "wrong" with making judgments, as long as they lead to compassion eventually. Judging is a step--a step toward seeing and believing there is love there. Judging the world as bad because it doesn't match your values or beliefs will go on only as long as you believe your life doesn't count.

In this way, you become aligned with the foundation of love that is at the heart of all Creation.