I had yet another interesting email exchange with my younger brother the other day. He has a way of getting me up on my soapbox, I think because he speaks in such broad generalities I can't help but wade in and make some distinctions.

In this case, he was talking about his extreme distrust of any method of medical treatment--from surgery to energy medicine. His main beef with it was when practitioners or product hawkers post "disclaimers" about the efficacy of their services or products. The fact they "disclaim" to him meant they had uncertainty themselves as to whether or not their products or services were even valid.

I pointed out that the whole disclaimer thing has been made necessary because of the litigious nature of mainstream medicine in cahoots with insurance companies and government agencies. It has little to do with whether or not a particular product or service works.

Undaunted, he retorted that most "new-agey", "woo-woo" products or techniques have little or no "real science" backing them up. He sees that as an admission that it's all snake oil. Further, he says, "I believe 98.999999% of the time any naturopathic products that 'work' are based in pure belief, not actual physical effect."

Aside from the obvious naivete oozing from that statement, I had to respond to the "belief" part of his assertion: 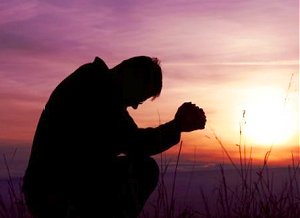 Hate to break it to ya, but it's ALL BELIEF. Medications work because they are metaphoric symbols, and their curative power lies in that symbol. Just because it is a symbol does NOT minimize its effectiveness. In many instances, the "placebo effect" is just as effective, or more so, than the "remedy" itself. It's all about what we truly, deeply and intuitively believe is true about something.

In Taoist practices, for example, saliva is considered the "fountain of youth," and meditations involve imbuing saliva with light from the imagination and then swallowing the light. There's actually mundane scientific research done on this that found that consciously swallowing saliva increases the growth hormone content of the saliva.

Beyond all that, it is our BELIEFS that determine our level of health, and ability to heal. There are so many examples of people doing only meditation and fasting healing themselves of "terminal" diseases.

Japanese scientist, Masaru Emoto, did breakthrough research on the quantum properties of water, and found that the electrical makeup of water is influenced by human thought, and that when frozen, water that has been exposed to life-affirming and positive thoughts makes perfectly symmetrical crystals, and water exposed to negative thoughts has no symmetry when crystalized. Since our bodies are around 90% water, this research has some impact.

I use several supplements, and every time I take a supplement I create positive energies for it to work in when I swallow it. In that way, it helps to override any subconscious negativity about it "working", and allows the body to take full advantage of what the supplement could do for it.

Anywho, yeah, I agree with you. 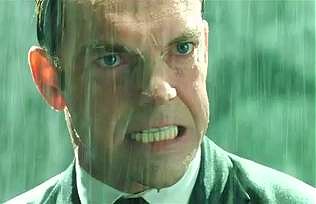 In response, my brother admitted he had little belief in his ability to change or alter his own beliefs, and that it was a problem. He sees the world as Mr. Smith in The Matrix movie, "I hate this place...this zoo.. this prison, this reality, whatever you want to call it. It's the smell. I feel saturated by it. I can taste your stink. Every time I do I feel I have somehow been infected by it."

I pointed out that with a world view like that, it's no wonder he has trouble visioning a healing and supportive world for himself. The trick for him, I think, is to stop caring what "others" are thinking and saying. Being a big fan of the Abraham material, he pointed out what Abraham says, "Stop asking them what they think. Start paying attention to how you feel. Joy will be yours immediately, and everything else that you have ever thought would make you happy, will start flowing, seemingly effortlessly, into your experience."

My brother did go ahead and order a couple of products I recommended, but remains highly skeptical and grumpy. But, I have every intention of continuing my campaign...