This Quantum Life #141 - The Great Turning 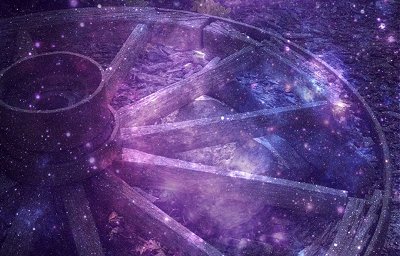 Most of us have, as standard equipment, a "bullshit detector". It is that inner alarm that sounds off during cognitive dissonance, or when something doesn't "smell right". It's when the gut goes into the red zone, and you just know something is a lie. You may not have all the corroborating physical evidence, but you have enough to know intuitively what sounds true and what doesn't.

Now, there's a huge difference between what sounds like it should be true--"truthiness", such as propaganda masquerading as scientific explanations, for example--and your basic gut-level knowing. The problem is that human socialization is based on getting you to doubt your own knowing. It is the social indoctrination program that ostracizes and alienates those who stick with their inner knowing rather than tow the party line of acceptable behavior. Not to say that sticking with your inner knowing is somehow anti-social, it's that the indoctrinators want to create a "blank slate" to write their social program on. If you're at all in touch with your gut, you resist being wiped.

Some of the social indoctrinations we end up believing are:

I bring all this up because we are at a point in human history when there a is great bifurcation of the population into two very distinct groups: Those who only trust authority, and those who only trust their gut. Ironically, this fork in the road of human destiny has been brought on by the indoctrinators themselves, whose propaganda has become so extreme that the cognitive dissonance of it forced the population to prioritize their gut knowing over authoritarian pronouncements.

In the Marvel Comics "Daredevil" story, Matt Murdoch is blind and has the ability to physically hear the heartbeats of everyone around him, and from that, can tell who is lying and who is not. Similarly good poker players can spot the "tell" in other players, and train themselves not to have one. Consequently, when authorities repeatedly and blatantly lie in order to control, their publics are forced to shun the propaganda in favor of their inner knowing. At this point, it seems that about half of the world's population is no longer buying what the Controllers are selling, and this represents the Great Turning.

The great Wheel of Karma has at last turned, revealing the previously occulted evil on our fair planet. These occultists have created such cognitive dissonance, that even the most brainwashed of their former minions are now turning away from the dictates and mandates of control politics.

As conscious, aware beings, we are reclaiming our sovereign right to our own intuitions. Our "third eye" of knowing is opening on a mass scale, making it impossible for the Controllers to be believed. This is the flowering of true self-governance, when the natural embedded code of conduct within all human DNA is expressed, there is a release of creative power.

We are no longer asking permission to live. We are no longer aligning our thinking to the debunked fake facts inundating mass media. We are creating a new world based on love, compassion and freedom. These are the DNA expressions of humanity's healing. The Great Turning is creating a new culture of free humans living full lives outside of brainwashed urban collectives. It is literally a parallel universe of peace, love and understanding. It is an eternal parallel universe without the shackles of death, disease, unconsciousness, and ignorance previously used by the Oppressors.

Marching forth under the Flag of Truth and Freedom, the awakened sovereign beings send their vibrations to those still hypnotized by fear and lies, dissolving their third eye calcification, so that they may join up with the Tribe of Freedom in creating a true heaven on earth. The Wheel of Karma has turned for the last time, leaving us all free to create the world of our dreams, free of the distortions self-denial and hatred.

A world of infinite possibilities awaits the awakened. Let us rejoice!