I'm sure you've noticed this in your life: You buy a car and suddenly you start seeing that car everywhere. I used to think because I made this particular brand of car my own, my mind started making associations with similar car brands that I was not aware of before, even though they were there the whole time. I'm now coming to believe something deeper about this interesting phenomenon. What if when I bought that Jeep, I became part of the "Jeep Matrix", and other Jeeps started showing up for me because I'm in that matrix, not because I just wasn't aware of them before.

This type of manifestation has been called "Pronoia"--the awareness that the universe is conspiring in your favor--a term coined by consciousness pioneer John Perry Barlow of the Grateful Dead. Simply put, you ask for something with the conviction that the Universe has got your back, and it (sometimes miraculously) shows up.

It's also interesting to apply this awareness to what is snarkily referred to as the "Placebo Effect". You believe that a substance you ingest will heal or regress some malady or condition, and sure enough, after a little time, it does, even though that substance was a simple sugar pill. The opposite can also be true: You believe a medical treatment will harm you, and it does, but not because the treatment is actually harmful. It's because of your belief. This has been coined the "Nocebo Effect".

In fact, the Placebo Effect is so well-documented, scientists try to short-circuit it by conducting "double-blind" trials for new drugs in an attempt to isolate the actual effects of the drug from a person's beliefs about what it is doing to their body. I would ask, which is more powerful? The person's beliefs, or the drug? Isn't this just another form of pronoia? The universe is re-arranging to your beliefs causing the body to be harmed or healed.

When applied to the universe of nutritional supplements and herbology, it's easy to see a huge complication here. If your beliefs are just as strong or stronger than any supplement you can take: 1. Why take a supplement (or medicine), and, 2. What do you actually believe? Are you a believer at first, but then lose that belief so the supplements start to do nothing? Or, are you convinced nothing will work and you take the supplements (or medicine) to prove yourself right? 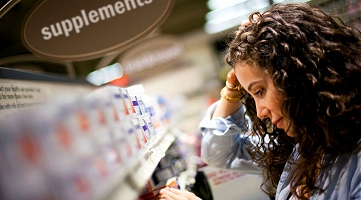 So much confusion and frustration is caused by this, and it is in no small part helped by marketing and the physical sciences. For example, a certain supplement is known to contain a certain property, say, ginsenosides. ginsenosides are shown by science to positively affect overall vitality and immunity. Because you believe in the science and you also observe a lack of vitality in your body, you use the supplements with ginsenosides in them to heal or resolve the lack of vitality.

As long as it's as simple as that, your chances of improvement are probably pretty good. But, what if one morning you wake up and you feel worse. You start to believe that perhaps these ginsenosides don't actually work, and soon, because of no result, you stop taking the supplement. You then start searching out other alternatives, and find something else that science says relieves your lack of vitality. This time, you feel better. Ah, now THIS is the answer! And from now on, when you have a lack of vitality, you medicate with this substance.

What if healing and health have really nothing to do with what supplements you take or even what diet you consume? What if the MOST IMPORTANT thing is what you BELIEVE about your health and healing?

I've been experimenting with this lately. I was taking a lot of different Chinese and Ayurvedic herbs, and various vitamins and minerals to address some joint and muscle pain I was having. The herbs seemed to help, as well as the vitamins, yet there was no real resolution (after a year)--some relief at times, but no resolution. In fact, I was bouncing so much between relief and exacerbation, I just got thoroughly confused and discouraged. 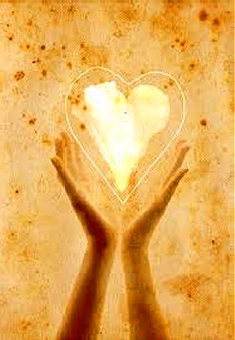 I then woke up one morning and had the strong awareness to just STOP taking everything, and fast for a day. Then, re-introduce herbs and supplements ONLY after carefully asking my body and using kinesiology (muscle-testing for strong or weak signals) to determine what I actually consumed. I committed to muscle test everything, including different foods and forms of water. I discovered that my body was struggling with long-term dehydration, and was expending more energy responding to all the herbs and supplements I was shoving down its throat than doing any actual healing.

After about three days, I was feeling much better, and as days went by, I felt better and better. This was confusing to me until I realized that my core belief was that the body heals itself naturally, given proper hydration, oxygenation and my personal conviction in its healing abilities.

So rather than making a judgment call about what I "needed to take" to bring health to the body, I started asking the body what it really needed: how much water, what foods when, what exercise when, how much sleep when, and any vitamins, minerals, enzymes, or herbs. It showed me it just mainly needed the basics: plentiful water, clean food, fresh air, some daily exercise, some minerals, given in gratitude and with my core belief in its healing super-powers. Start asking the universe with sincere curiosity, "What will it take to get rid of _____?", and "What needs to happen in my life to have vibrant health in my body?" This will stimulate pronoia, and awarenesses and answers will start flooding in.

Start asking for your core beliefs about your body. What are your convictions about your body and health? By discovering and validating these (or changing them) you can escape from the placebo/nocebo rabbit hole, and allow the universe to simply work in your body's favor. Embrace pronoia!