This Quantum Life #131 - The Eternal Flower 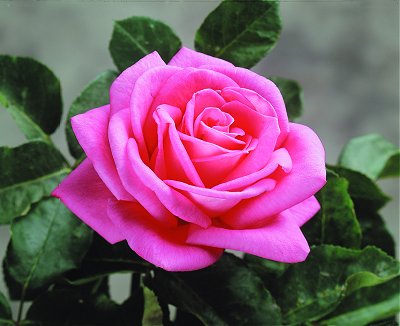 Many years ago, while under the tutelage of a Native American Shaman, we had agreed to meet in the Washington Park Rose Garden above Portland, Oregon. The garden curated and cared for hundreds of varieties of roses, all carefully sorted and labeled for the edification of the public, and for the judges in the annual Rose Festival.

We plopped down on a stone bench surrounded by hundreds of beautiful and fragrant species of roses. We sat for some minutes in silence, taking in the fragrances and the invigorating garden air. The shaman suddenly commented in a surreptitious tone, "There are realms beyond this world where the flower is eternal--no sprouting, budding, withering, and dying."

As we sat, I felt transported to this eternal realm, where there was only creation, expansion, light and beauty. Flowers, trees, grasses and herbs were entertained by delicate and beautiful flying insects, big-eyed furry creatures, and the most delicious loving ambience, quantum leaps beyond what we were experiencing in the rose garden. I gasped and sighed.

The shaman continued, "This is the reality of most of the universe. Only in certain faraway pockets, is there the phenomenon of duality. In fact, these dark and dense realms are considered criminally abusive, and only the very strongest and robust beings ever enter there."

"So, you're saying that's us," I verified the obvious. "Yes. The reality experiment of Earth is cordoned off as a sort of 'danger zone', warning would-be travelers not to get sucked in, unless specifically assigned that mission. These realms of darkness were designed to trap and isolate self-serving, power-obsessed entities. These entities then run their power and control games on those playing the persecuted victims." He nodded as he spoke, as I felt myself floating in space, looking down on this blue planet.

He paused, staring into my eyes, as I returned from space to the stone bench. "There are hosts of Eternals that have come to this planet to transform the darkness and remove the control game of duality. You and I are two of them--there are billions."

We sat in silence for several minutes as I mulled over his words. He seemed to be explaining a reality I felt I once knew, but had forgotten--lost somehow in my fears of losing the survival game, and the debilitating exercises of worry, concern and future dread. For a few moments I had glimpsed the possibilities beyond the master-slave pain game I had been a party to.

As the years have rolled on, I would return to that afternoon with the shaman in the rose garden to remind myself that by embracing the eternalness of my being, living this earthly life in non-duality, and disconnecting myself from the power games of the perversely rich and powerful, I am nurturing and expanding my bubble of eternalness to dissipate and neutralize the dark/light narrative enslaving the hypnotized, victimized sleepers.

As the bubble of non-duality expands, the sleepers wake up to their Eternal Missions, and begin to reclaim their own bubbles, regaining immunity to the massive, technology-enhanced mind and soul control that has ruined eternal life in this realm for millions of years.

This eternal flowering of non-duality is infinite in its being and creative power, and once unleashed within this Dark Realm of Duality, its transformative power is as inevitable as it is unstoppable. 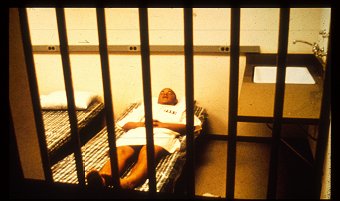 The Eternal exposes the Lie of Opposites, which is the despicable weapon of choice for the Controllers. With this Doomsday Dagger of Opposites, unity becomes separation, love becomes hate, and everything that was once one becomes fragmented and conflicted. Opposites drive the invasive Divide and Conquer Scheme that perpetuates the illusion of power to the perpetrators, and the loss of it to the sleeping persecuted.

We have only to wake up to the ignominious and disgusting story being told and retold on Earth to re-activate the power of the Eternal Flower in the sleepers. As we all wake up to the Mission of the Eternal, the Agents of Darkness can no longer play their depraved games, and must come face to face with the Truth of their crimes.

And yes, Justice is eternal, created automatically within every criminal lie of duality, and will build and flower inexorably to re-create a new world in place of this one. A new eternal life of love, compassion and abundance for all. It's the way of the Cosmos. It's the way of God.