This Quantum Life #130 - Maybe It's Just Not About You 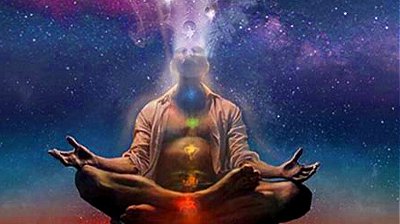 I recently flashed on a childhood memory from when this body was maybe seven or eight years old. I remembered eating an apple, and as I ate it, I was imagining the tree the apple came from, the farmworker who picked it, the truck it went onto, the trip from the orchard to the apple distribution company, the workers who bagged and labeled the apples, and the delivery to the store where my mom ultimately picked this particular apple I was now eating. I found myself marveling at the string of what felt like coincidences that came together to get me this specific apple.

I still do that little meditation to this day, where I "source" where everything came from that I use. I believe it's a type of remote viewing instead of simple daydreaming, yet it's not important whether not what I see is a true representation, but rather it's the feeling of connectedness that comes with the exercise.

I also do this in the grocery store, where I'm standing in line behind a person who just happened to leave their house, park their car, do their shopping and end up right in front of me in this exact moment. I think about how everyone in the store is part of a kind of synchronistic club that has agreed to meet today at 5:30 p.m. at this Dillon's grocery store. We all are breathing each other's air, sharing molecules, skin cells, microbes and bacteria, and when we leave to return to our prospective domiciles, we arrive as changed people--with a different body, now with new atoms, molecules and a changed microbiome than when we first left the house.

The point I'm laboring to make is that each of us is contributing our specific and very particular physical "cloud" of essence to the world, that affects not only the person in front of us in line at the store, but the effect that fans out into the world at large, influencing atoms, molecules, and electrical frequencies that would not have been affected had we not been there.

It's a whole system, as described by the mathematician Lorenz in his "Butterfly Effect" observation. Even the tiniest of motions ripple through a system that is fully connected, changing the entire system into something else. And this is what we are doing by living in the physical world. Now, consider the physical world is also made up of several dimensions and densities, and expand that to include the entire cosmos, but also throw in the realm of thought and intention that encompasses all of that, and it becomes clear that every thought created, or observed and passed on, affects the entirety of Creation itself.

One of my Peruvian shaman teachers used to say to me, "You know, maybe it's just not about you." The fact that he had to repeat it several times to me over the course of many months was a testament to my denseness. I never really got it until many years later. Yes, it's not just about my little local life right here sitting in this chair, typing on this computer and breathing this air. It's the reality that just by my being here is me participating in the creation of the universe. It's the connected whole that we describe as "life" that is constantly and inexorably changed by my being here.

What we think of as our "personality"--who and want we believe we are--is most likely the result of the control drama of socialization, comprised of a compendium of "shoulds" and "should nots", wrapped up in layers upon layers of judgments of conclusions about what other "personalities" told us we were, which we then repeat back to ourselves in a never-ending mantra of "ME".

The very simple Reality is that we chose to participate in this specific physical life, mostly pre-programmed into the matrix we chose with very few required inputs on our part. But when inspiration comes to us, we contribute God's intentions to the whole system. It is this "Divine Stirring" through us that proves the value of our individual being. The whole system then becomes imbued with that creative decree, as it transforms the universe into a uniquely new form.

So, we may pretend that our experience is small and personal, but in moments of inspiration, it's not about us. It is all of God's Creation happening through us.