This Quantum Life #116 - Safety In Courage 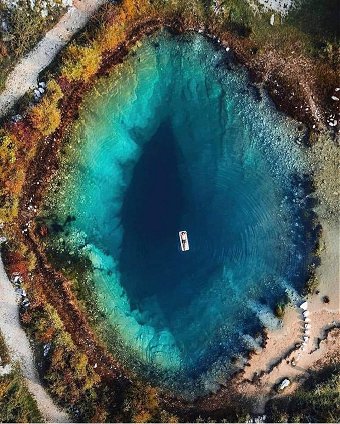 A new term in social circles lately is "safetyism", where every plan of action has as its top priority being safe. It is risk aversion taken to the next level. Traced back to parents protecting their infants from every and all potential dangers in life, safetyism has become a modus operandi for everyday living for adults.

It is where the majority of decisions are based on the perception of daily existential threats, and where a society becomes convinced (despite any reliable evidence to the contrary) it is facing constant mortal dangers. This is basically living in fear, destroying any joy in living.

Safetyism also includes the virtue signaling of pointing out potential dangers to others, when no danger is present, in order to demonstrate how caring and "compassionate" one is to their fellows. Taken to the extreme, as we have seen on mass media channels, the "safety-ist" will even resort to force to compel others to be "as safe" as they are, claiming they are behaving "in your best interests".

This brings to mind the movie, "Knight and Day" (Tom Cruise and Cameron Diaz), where Cruise's character warns Diaz that that if she is ever told "we are doing this for your protection", run the other way, as "protection" is code for impending wet work.

The code of safetyism says that by locking down your life, you are protecting others, and by requiring others you know to lock themselves down demonstrates "social responsibility".

The bottom line is that if the Pilgrims would have been bound by safteyism, they never would have set sail for America; the pioneers would never have gone West to settle; World War II would have been lost; and no one would have ever gone to the moon. When safety takes precedence over risk, everything comes to a standstill, and even a calculated risk becomes taboo.

I grew up in the 50's and 60's, where us kids would freely roam the neighborhoods on our bikes, and the only rule from Mom was to "get back in here before dark." And this is before cell phones, fer gawdsakes! Mom trusted in us kids' innate ability to stay alive--not to mention it was good to get them out of the house so she could drink her coffee and talk to other mom friends in peace.

Back then, Walter Cronkite was nearly the exclusive source of world news. His steady, professional demeanor and un-biased, undramatic delivery made world events seem manageable and sensible. But as media markets expanded and became more competitive, the more sensational outlets got the most viewers and thus, advertising dollars. Let's face it: people are drawn to drama--just as "rubberneckers" slow down traffic to see a car accident. One could argue they are checking to see if anyone was hurt and needed help, but it's more about feeling fortunate it wasn't them.

Fear of unseen future pain and injury drives safetyism. Whereas drawing upon courage allows us to see our fears in a context of managed risk. Instead of seeing risk as the justification for locking down, courage expands experience and imbues us with the feeling that everything is all right, and we're actually having fun on this adventure.

In fact, scientific studies have shown that feeling a sense of adventure strengthens the immune system. It's the body telling us we're safe--we've got this.

From the quantum living perspective, as points of consciousness, we are all immutable and indestructible. Death of the body is not the death of the soul. We live on and on in poignant immortality, creating endless opportunities for new experiences. When our physical lives reflect this basic characteristic, we thrive, enjoying the moment and the wonderful life that lays ahead. As spiritual beings, we are always safe, always alive, and always experiencing.

Both fear and courage are contagious. Either one can negate the other. It is simply a matter of choice as to which you indulge in. Tough problems? We can solve them. Danger? We can handle it. Fear? We can overcome it. It is the will to thrive that establishes courage, and through courage we embrace intelligence. Fear dumbs us down. Courage smartens us up.

It's a brave new world out there. Let's choose to boldly go where we have never been before.