This Quantum LIfe #114 - The Great Awakening 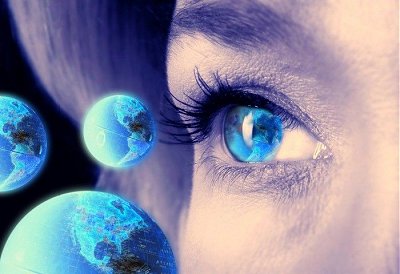 Many of us have been sitting in the bleachers munching our popcorn as the control drama of the US elections unfolds. To some it is the ultimate "fight to the finish" between the forces of Dark and Light that has justified extreme emotional responses, stressing out and lashing out, without any chilling out.

Personally, I prefer to see the upheaval in terms of what has been referred to as The Great Awakening. What does that mean? It means that the ills of the world have always been perpetrated by a small cadre of economic and political forces deeply behind the scenes that profit from these ills. Their strategy for accomplishing this is to keep everyone asleep in a comfortable box that Morpheus (from the movie "The Matrix") referred to as a "prison for your mind".

The prison is replete with a daily barrage of economic worries, and social concerns arising from a programmed childhood of "not good enough" scripts, to adult near successes and near failures that bring us to the conclusion that being comfortable in the box is all we can really ever expect.

Every once in a while, one of us wakes up to the shenanigans behind the curtain, starts saying something, and is then silenced by the majority who don't want to wake up from their comfortable survival dream. The "woke" are then minimized, belittled and accused of spouting "conspiracy theories" by this slumbering majority who refuse to listen, as they spew accusations of "no factual evidence", when they themselves have never done any real fact-finding, wanting the "facts" to reflect the comfort of their box.

Meanwhile, wars are waged, economies fail, crimes are committed against humanity, all without a modicum of justice, because it's all just "out of our hands".

The elephant in the room is that the mere act of awakening to these dark agendas reduces their power and makes it more difficult for these Dark Forces to gleefully continue their exploits.

As humanity's Great Awakening unfolds, the Dark Forces begin to lash out in a frenzied attempt to distract and confuse--blatantly propagandizing, cheating and stealing to do "whatever it takes" to regain their safety behind the curtain.

The problem for the Dark is that once people "wake up" they are not so easily put back to sleep, and soon, the awareness dawns that the collective has been being exploited and abused for the benefit of those with the Dark agendas. This shortly leads to righteous demands for truth and justice.

The ancient axiom, "As without, so it is within" is the clarion call of awakening. As the awakening process proceeds, it exposes how we are complicit in the Dark agenda, and how we minimized our own light to "fit in", and "be nice" despite circumstances that should have inspired us to break out and shatter the social norms. We instead defended our comfortable positions, looked away from the Dark manipulations, and ignored our societal and personal accountability.

I got into a minor kerfuffle today with a Facebook friend who kept misconstruing my words. I was making the point that by allowing the fact of Dark collusion within the political system, it also allows us to see the Dark's agendas and strategies. She was aghast that I would condone the allowance of evil, and no matter what I said, I was hopelessly embedded in conspiracy theories which threatened her comfortable box of "normal". I responded that I respected her process, and that it was her choice whether or not to "go down the rabbit hole". Apparently, just the thought that there was a rabbit hole to go down was offensive to her.

Denial is one of the first steps of awakening. You get a glimpse of the sheer magnitude of the Darkness and what that might mean to your existence, and it's natural to knee jerk into denial. Yet, the door has been cracked open, and even the smallest opening cannot be closed.

When courage returns, the door opens more, and soon, the Light that is your essence fills those Dark spaces, and transforms the world. There is nothing to be "aghast" about, nothing to be outraged about. It is simply the Truth standing there for all to see.

When Truth becomes self-evident, our light is unfettered, and the building blocks of a new creation start to organize. Whatever was in the Darkness can now join the light of creation, and the illusions created by the darkness fall away to reveal the unconditional love that was always there.

The Great Awakening is indeed upon us, with many in various stages of acceptance. The priority is to respect where others are in the process, and to hold fast to our steady gaze at Truth, despite the "gnashing of teeth" that may come at us from out of the Darkness as it dissolves in the Light. There is great potential for love within the Darkness that is released in the light of Truth. Hold steady, know we are witnessing a transformation of the world, and a transformation of ourselves--The Greater Life we have always known is our destiny.