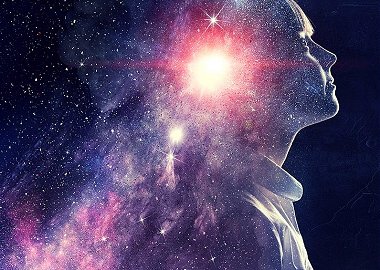 "Life is not what happens to you. It is what happens as a result of you," said my long-time friend, shaman, teacher and confidant. As a young man, I was on a sort of vision quest--meditating, travelling and camping, searching for a point of view that at the time seemed fleeting and ethereal. I wanted to reach that state of unshakable equanimity, where nothing was "bad", and nothing was too good to be true.

He gazed at me as we sat in silence. Then his voice seemed to cut through a veil I didn't know was there, "You know you've finally awakened when there is nothing in your life but infinite possibility." He turned his gaze off to some distant point. "And what that takes is forgiveness."

"You mean forgiving yourself?" I asked. "Well, forgiving life itself," he replied, promptly standing up and walking off without another word, as if he had suddenly remembered an important appointment.

I sat there in front of my camper, feeling small, as the sun seemed to abruptly plop down behind the horizon. I began considering all the times I had blamed life--god, really--for various misfortunes I had endured. There was always something I had done "wrong", and as a result "life" had come back at me with a slap on the face, and rarely did I turn the other cheek. It was as if I was clinging to some type of entitlement to rebellion without repercussions.

I decided to call it a night when it got dark, skipping dinner. I'd lost my appetite and felt disconnected somehow from myself. As I drifted off to sleep, life itself seemed to be waiting for me to make a choice, to stand back and take a look at a bigger picture--to accept or allow something I had overlooked.

Now, nearly 40 years later, I think back on those hobo days of self-reflection, and how I so tenaciously held on to all that life had done to me, and despite God's finger constantly pointing to it in so many ways, I just couldn't see that all of life was in reality just me. Everything I have experienced has been the story of who I am being, the repeating patterns were those eddies forming around my resistance or denial.

Now I see that forgiving self is only half of the equation. The other half is forgiving the mirror that is life. The illusion is that there is some greater power with an agenda behind everything. The cosmic reality is, that power is me. Forgiveness is a remembering of how we created our situation. It is an awakening from the victim dream, where it becomes clear that all the choices we made were necessary to create the awakening.

In our human political world, the powerful and corrupt believe they can control and manipulate society, and by playing their part representing dark, hidden agendas, they reflect back to us our own dark and hidden agendas. It is our super power of forgiveness that awakens the infinite possibilities of how we respond to the darkness, revealing all choices we can make to return to the light. And in so doing, we light the way for others to wake up from their victim dream, ultimately exposing even the deepest darkness to the light of awakening.