Skip to content
FREE SHIPPING FOR PURCHASES OF $75 OR MORE (U.S. ONLY)

This Quantum Life #107 - Allowing the Chaos 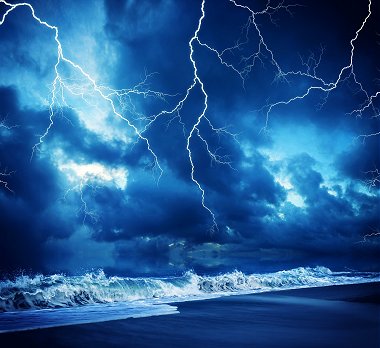 It only takes a quick look at anybody's Facebook feed to see our society is undergoing some pretty extreme cognitive dissonance.

Fueled by well-funded special interests--who have access to deep intelligence on all of us via social media algorithms--their intent is to confuse and disrupt. It leaves everyone asking the question: What exactly is the end game here? When we try to "make sense" of what we are seeing and hearing across media channels, thoughts collide, unimaginable scenarios emerge, and people you trusted turn out to be criminals.

Despite many of us aware of propaganda techniques and mind control agendas, it's easy to get dragged into an argument about a subject you didn't know you cared about, but in retrospect, you realize it doesn't amount to a hill of beans in most cases, and issues that seem existential, are actually really not.

I'm speaking in generalities here to maintain a perspective, observing the patterns and being mindful of my responses.

From the quantum viewpoint, highly charged particles can strongly interact even with neutrally charged ones, and eventually create an entire field of chaotic energy. As more energy is dumped into the field, the interactions become even more chaotic until the entire field explodes, like a star going supernova.

Now this is not a bad thing, but if you're sitting in the middle of that chaotic field, you're going to be strongly affected, and probably pretty uncomfortable. Once the "big bang" happens, energies dissipate, and previously polarized particles find balance.

If we apply this to human society, it would probably be preferable to avoid the whole "supernova" thing, by finding a way to introduce equanimity to help de-polarize these frantically energized points of view.

There are two main ways I can see to do this:

By allowing an energy (emotional opinion, judgmental conclusions, etc.), we automatically must observe it with detachment. This includes observing one's own emotional and intellectual responses. By allowing discordant and chaotic energies to be, it reveals the necessity of their being. The chaotic-ness is simply the opposite end of balance and harmony, and by not adding a polarized charge, we help dissipate the chaos.

By utilizing compassion, we then see others as merely messengers carrying a polarized charge. We see the value of that charge as it is in present time, regardless of our opinions, judgments and conclusions of that other person. Those things are our own charge adding to the polarity.

Thus, by becoming a field of allowance and compassion, we de-polarize the energies as they wash up on our shores. The polarized waves of energies dissipate in the field, much like stormy ocean waves inundating a shoreline and quickly subsiding.

By creating this field of allowance and compassion, we reveal the true landscape before us. We see why people are fighting. We see the potentials for balance; and we can see our part to play in the drama. It is ultimately a birthing of a new reality where our fellow humans discover their true beliefs and viewpoints, and evolve their awareness of love working in the world.

I wrote before about spilling my guts to my "angel", Michael. He responded, "It's easy to get hung up on what's wrong with you that's making all these bad things happen, when actually, it's just mixed up energy looking to become harmonized through you. That's why god made humans."

By establishing that field of allowance and compassion, we all can de-polarize and relax, and enjoy participating in the unfoldment of a greater humanity--a higher vibration of society where Love is the rule of law.