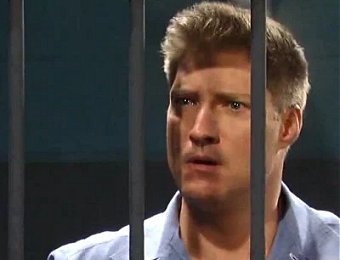 "The conspiracy is convincing you there is no conspiracy." -- Kara Danvers

I started out in social media for business reasons. It was an excellent way to find and service customers, promote products and generally be available to my clients. As time wore on, I began seeing such platforms as MySpace, FaceBook, Twitter, YouTube and Instagram as a revealing Zeitgeist of American society, and indeed, the world.

When the Oklahoma City bombing happened, and then "9-11", social media (bulletin boards back then) was rife with theories squirting here and there about who was behind this and that, and what it all meant. These discussions always started up because there were inadequate explanations in mainstream media outlets for what had occurred. If you thought about who would benefit politically and financially by these disasters, and then took the time and effort to scamper down those rabbit holes, a disturbing and bizarre version of the world began to materialize. In fact, the questions of who benefits politically and financially for certain disasters is usually completely ignored by mainstream media.

Then there was "SARS", and Isis, the Iraq War, all of which reached peak controversy in election years. Just that alone, you would think, would raise some red flags, and yet social media was pretty quiet about it, preferring to post cat pics and unicorn costumes.

Well, that's all changed now, and I, for one, am glad. Watching my Facebook feed these days is like wandering into a fight club, where everyone has their gloves and face masks on, ready to rumble. And, I maintain, this is a good thing.

As mainstream media credibility falls completely away, anyone wanting to find out what the "truth" is about this or that must do their own research. What you find out pretty immediately, is how information is skewed and biased, especially when it comes to issues connected to money and politics. Such topics as vaccines, pesticides, nutritional supplements, foreign policy, political leaders, and scientific research, are heavily infected with propaganda and convincing arguments that promote the side that benefits most from their information being believed.

I usually refrain from doing any commentary on current controversies, but as a social experiment, this week I decided to wade in.

It was about wearing or not wearing face masks, and I've been a little appalled at the lack of research that's gone into this by most of the people who are the most vocal. Separating the "virtue signaling" from basic misunderstandings about virology has been a challenge, but I'm finding that asking the questions: Who benefits politically and financially from this issue? Isn't this an election year? Who literally gets paid more money for higher death rates? Most people pretty early on accuse me of being a "conspiracy theorist", and that's okay. At least the seed has been planted.

By the way, the term "conspiracy theory" was coined by the CIA back in the 50's to debunk nosy journalists or whistleblowers when they sniffed out a clandestine operation. And because most available information directly about these types of operations was redacted, speculation--even if it was correct--could be disavowed as mental defect.

Nowadays, poo-pooing serious research by calling it a "conspiracy theory" has been a way of intellectually dumbing down a given issue, while simultaneously citing "authoritative" vested-interest sources in place of doing any actual investigating.

World War III is being waged as Information Warfare, folks, and it is finally getting everyone riled up enough to really find out what the hell is going on.

From the perspective of quantum living, human consciousness is waking up from the American Dream, and seeing that there is a much, much larger campaign of control being waged by those who benefit the most from the woes of humanity. Call it a "red pill" moment, where we all jump down the rabbit hole and realize that much of our reality has been programmed into us from birth, and most of the control programs were created, executed and harvested by a small percentage of the richest and most powerful.

When this is fully realized, I believe there will be an unprecedented spiritual awakening that will return the power to those who have had it taken away from them, and it will divest that power from the Controllers. Power can only be wielded over the willing, and once we wake up, we will not be willing.

Just as in the quantum physics experiments, where a particle-wave is directly observed it no longer exists in its previous state, humanity is in the process of directly viewing the wave of manipulation and control, releasing us from that previous state.

Now this is a "New Normal" I can look forward to. It takes some guts, and takes some self-reflection and mindfulness, but for those with the ears to hear and the eyes to see, a new dawn of liberation and creation is breaking around the world. Are you on board?