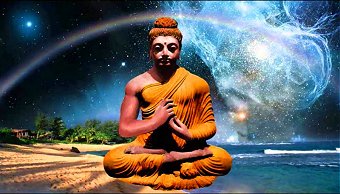 I'm naturally pretty much a hermit. Even while in relationship, I jealously coveted my "alone time", which in no small part led me out of two marriages, where I had trouble admitting to myself how important the solitude space was to me.

Well, I'm older now (a lot), and after over a year of living by myself, and working from home, it turns out I am the perfect candidate for these days of "lockdown", "quarantine", "social distancing" and other such extreme circumstances, breathlessly chattered about by mass media.

I originally came to my little house on the Kansas prairie to convalesce, do deep inner work, and re-create myself. I have called it my Little Fortress of Solitude, where (other than weekly jaunts to the grocery store and post office) I can reflect without distraction, and observe the often odd and weird workings of my mind, as I saunter through my daily routines.

Reducing the world of human affairs down to a small computer screen, I am able to sit back and observe how my mind responds to the follies of existence, and I can re-assemble a better set of perspectives with spiritual priorities front and center.

Being alone is a skill, and it's not for everyone. It requires a certain comfort about being who you are, and if you don't know who you are, it can get disturbing. When I say "who you are", I'm meaning the self you see when you're not trying to be anything. Some folks just can't wrap their furry heads around that concept, preferring to duck inside an "act" and keep attention on the external, judging and criticizing without truly caring to get down to any "truth".

I was talking on the phone to my brother the other day, and he was opining about "the old days" when he was just "having fun" without a care in the world, and if cares did rear their responsible heads, it was time for a beer and a movie. He said, "I just know too much now. I see how crazy the world has gotten, and it's hard to hang."

I pointed out that seeing things as they are, fully aware of motivations, backstories and agendas, is actually an advantage survival-wise. He retorted "Yeah, there's that, but now I just don't trust anyone anymore." I said, "It's hard to trust when you don't trust yourself, but then, trust is only necessary if you're trying to control everything."

He laughed, "Well, in my old age, I think I'm just going to assume people will do what's best for them, and outside of that, it's really none of my business." Good point.

My solitude has expanded my point of view of the world, and brought me equanimity about other people. Because I am intimately cloistered with only myself, I discovered that other people have always been an abstraction, where I just assumed they were having the same experience as I was, and if they broke that assumption, it was upsetting to me.

Now I'm finding myself endlessly entertained when others have a completely different experience about something I'm experiencing. It's as if my solitude has somehow purged my judgments of others, and I can enjoy others just being who they are--a vividly drawn essence animating the cosmic web of consciousness.

There is an ancient word, "Namaste"--a greeting that says, "I am another you." By acknowledging the common Source from which we all spring, there is instant appreciation and camaraderie that transcends ideological differences, yet celebrates the uniqueness of "the other".

The irony is that solitude amplifies connection. You start to see how your attention and consciousness permeates all things perceived, so an intimacy develops as self is reflected back in trees, birds, grass, the bed slept in, the breakfast before me. It's all just me. I am no longer a separate point of light alone in the void. I am all lights, and the void.

Dr. Carl Sagan famously described humanity as "star stuff contemplating star stuff", and comedian/philosopher, George Carlin observed, "We all were created from exploding stars, so we're all made of the same stuff." The greatest illusion is that of separation. Isolation only seems like it when social habits and mores require interactions to define and announce our individuality. Isolation becomes sublime solitude when deep connections are felt with all things. After all, it's just YOU here.