I stepped outside one spring day into one of those scrumptious Southern Kansas sunny days, and paused taking a long slow breath, reveling in the sunshine. Everything smelled so alive and abundant. Just then, I noticed locust tree seed pods all around gently broken loose from their parent tree nearby scattered everywhere, blossoms were bursting out on several trees--each blossom to become a plum, or crabapple. I saw other plants all around that had matured, with fat packets of seeds ready to randomly journey off on the wings of Nature's winds and rains. It struck me how wonderfully ABUNDANT everything is.

Nature constantly proves this to us in the plant kingdom where hundreds or thousands of seeds are released from a single plant, or thousands of fruits fall from every single millions of trees in hopes that many of them will take root and flourish.

I then tuned in to the idea that God/Nature is continually sending us the seeds of success, nourishment and opportunity every moment, and if only ONE of those seeds lands in the right circumstances, the correct environment, with the right timing, will change your life. How many of these seeds do we ignore, too, or misperceive them as not being valuable?

An ancient alchemical truth states that the solution to a problem is within the problem itself. The answer to a question is within the question. A trap is defined by the way out of it. All of these ideas demonstrate the illusion of "not knowing," pointed out by the mystical declaration, "Knock and it shall be opened to you," or "Ask, and it is answered."

Many times in my life, I've felt like I've really got a big problem. And every time the problem resolves, it suddenly seemed so simple, but it didn't look so simple when I had the problem. I would sometimes wonder if "having the problem" was really a sort of substitute for having the solution. As John Lennon aptly put it, "There are no problems, only solutions"--that is so true on so many levels.

In these times of national economic recession, I felt it was time to revisit my relationship with abundance. I read a recent article by Southern California spiritual master, Louix Dor Dempriey, titled, "The End of Poverty." He speaks of the necessity of tithing as a way to complete the natural order of things, and that by hoarding or "saving for a rainy day" literally creates poverty in the world: 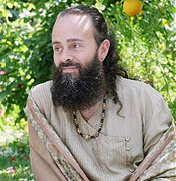 Among the multitudes whose fear has them struggling to hoard and save, there are ones who have tremendous heart openings and, feeling the love of God, suddenly want to share and give. These spiritual awakenings, however, are seldom enough to fully move one out of the overriding mantle of fear- or duality-based consciousness with regards to money. Thus, the internal dialogue which follows is, "As soon as I put my kids through school...," "once I meet my twin flame...," "as soon as I get that new car...," "as soon as I get a promotion…," "...then I will be soooo generous."

How would you feel if the sun said that to you? "As soon as you completely surrender yourself to God, I will cast a ray your way." How would you feel if the trees all decided to withhold oxygen until you came 100 percent to God? Does God or the universe meter out Its gifts to us? Why, then, does humanity continue to bastardize a Law of Creation which is so beyond the mind’s ability to conceive? Hedging and leveraging demonstrate fear, not faith; yet, it is faith which builds the Temple—the same faith which God and the sun and the trees show us in every moment.

Of course, this flies directly in the face of cultural programming, but then there is poverty in our culture. What if instead of "saving" money, we GAVE that money to a worthy cause that moved us, or was the reason for a spiritual awakening for us? Or to someone who had inspired and motivated us? By the nature of the universe, you will have opened wide the doors of universal exchange--a new paradigm would take root and begin to change your life. 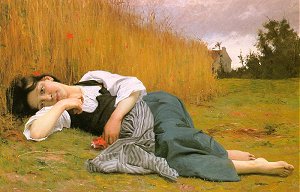 It is so easy to buy into the perception of scarcity, but it is just as easy to opt-out--one can participate in the fear of scarcity (and thus creating it), or one can freely give out of love. Every time I've given out of love, it has been a liberating experience where I instantly recognize the abundance of the world and demonstrate that recognition in the act of giving.

I remember reading the John Randolph Price book, Planetary Commission when it came out in 1987. In it, Price laid out the 40-Day Abundance Program, which I attempted to undertake, without completing it. You know, "life got in the way." I had succumbed to the cultural programming of scarcity and hoarding. Since then, Price re-released the program 10 years later as The Abundance Book, with some new back story. I've ordered the book and look forward to doing the program--this time to completion.

The point that both Price and Louix Dor Dempriey make about abundance, is that most of us mistakenly assign the source of abundance to money, instead of god. It is the creative energy within us all that is actively creating all aspects of our reality. If we believe there is only so much money available, then that's the exact amount that is available. If we believe that we must save for that "rainy day," then the rainy day inevitably comes.

This is just the reverse of the actual higher Reality. In this reality, everything is provided for already, and the trick is embracing that as the truth. This takes building up evidence through experience, it takes experimentation and it takes observation of our own thoughts, and mindfulness about our behaviors. How are we talking about what we have or don't have? How are we thinking about this? How do we respond to wealthy people? How do we respond to those who are destitute? All of these actions, attitudes and intentions add up to the sum of our experience.

In the shamanic world, there is nothing but universal exchange. The very act of setting an intention re-arranges the universe to accommodate that intention. This means that the intention could not have been formed if its manifestation was not possible. All the resources become instantly available upon the setting of the intent. By not "believing" this, a counter intention has already been placed and energized. In shamanism it is particularly important that beliefs mirror intention, and that words, deeds and thoughts all align. If they do not, the original intention becomes polluted and its manifestation grinds to a halt.

I believe we are all shamans. We are all creating our realities, and this makes us creators. The only difference between a person who says they are a shaman and a person who doesn't, is an awareness of creation. You are a shaman if you are aware that everything happening to you was created by you.

So, shamans unite! Let's clear out the poverty of our lives, and live in the reality of Universal Abundance.