Report No. 7 - Life Really IS Fair 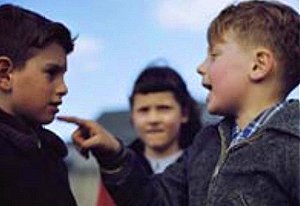 Fairness usually comes onto the radar of very young kids, and probably shortly after they know enough language to begin to sort out the family politics. "That's not fair!" was one of the first complaints I remember making. It usually had something to do with comparing what I had with what my sister had, and when there was a difference, feeling slighted. As I grew older, I suspected that the whole fairness game was social programming installed by parents and the behaviors of my young friends, who got it from their parents.

Later, as a teenager, I started to see the disparities of opportunity among social groups, some of it racially driven, some of it driven by other factors of physical appearance or behaviors. If I was "too tall" or "too smart" or "not athletic" or some other something that I was or was not, there always seemed to be some reward I was missing because of it. Rarely did I pay much attention to those things I was getting from being who I was and the social strata I lived in. It was always about how I wasn't something, so I couldn't get something.

As a young man working as a salesman, and frequently getting the life stories of my customers thrown at me to explain why they couldn't buy what I was selling, I concluded that life is just really random. If you happened to be in the right place at the right time, wearing the right color of hat, you got your reward. Sure, hard work might be part of getting the things you want, but when there were two people in identical situations, and one of them won the lottery, you start to think of life as a crap shoot.

Later, as I delved deeply into my spiritual training, I became aware of the concept of "karma," and this changed my life. John Lennon was the first person I heard use the term, but I thought it was some form of paranoia (as in Lennon's lyrics, "Karma's gonna get you..."). As my studies revealed, though, there was a lot more to it than that.

In both Western and Eastern religious belief systems, this idea of retribution, or the "wages of sin", runs rampant throughout. If you killed somebody in a past life, it was only a matter of an incarnation or two, and that person would be coming back to kill you, or something else dire was going to happen until the "karmic debt" was paid. And this seemed sensible to me at the time. It explained why on the surface things seemed so unfair sometimes. That young child starving to death in Africa was living out a karmic punishment for having starved someone else in a past life. Or, a man was robbed and mugged because he had done the same to someone else. It so tidily explained life's ups and downs.

Then, quite out of the blue one day, my guru took me aside and stated, "Karma is an illusion. It has nothing to do with your true position in life." That was a stretch for me, especially at the time when I was going through a personal crisis. "You are living in crisis because you believe you have a debt," he declared. And I had to say, yes, that had been going through my head lately.

"Karma dissolves in the face of forgiveness," he whispered to me. "But you have only yourself to forgive." I felt a burden lift slightly, and said, "I forgive people all the time for doing stuff to me," I said without listening.

"Other people are none of your business. Forgive yourself for your unwanted situation, and karma is automatically satisfied." I mulled that over for months after that, and tried to forgive myself on many occasions, but it was hard. There always seemed to be something or someone else that needed forgiving more than me. Then it hit me. I was being a victim.

The victim only looks to blame others for their circumstances, and will only forgive others who have hurt them after the perpetrators have been sufficiently repentant. It suddenly looked like some great soap opera to me. Nowhere in the this drama of fairness is anyone forgiving themselves. So, it just keeps on going 'round and 'round. It was the Wheel of Karma!

Later, in my shaman training, I came to realize that what I observe as my experience is being directly created by me. That was another hard concept to grasp, let alone embrace and experience. The reason it's difficult is because the ego measures its own worth based on the circumstances it sees. And, because it is always "right," any unwanted circumstances must be coming from some other source than self.

Thus, I reasoned, the concept of karma, is really only true for those who believe it, and those who are in wretched circumstances apparently beyond their control are there because they are either victims, or believe in karma.

My guru was unimpressed by this reasoning. "What is wretched? Maybe that person is in bliss," he said. "Impossible! He's starving, bitten by flies, has no way to escape, he can't imagine anything else. He's in hell! How could bliss ever enter into it?" 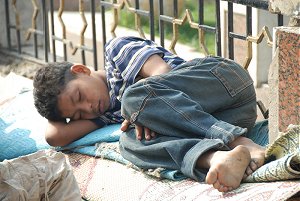 "That's not the point," guru said dryly. "'Wretched' is a value judgment. Whether or not he was in bliss or in hell, is not your business to decide. How about forgiving yourself for the existence of his circumstances? You are seeing 'wretchedness' so aren't you creating it?" Mmmm... I hadn't really looked at it that way.

Soon after this bombshell, I became aware of an ancient Hawaiian healing modality called Ho'oponopono performed by Kahuna priests. It involves forgiving themselves for the diseases and maladies of everyone in contact with them. This was a revered practice because it worked--a sort of extreme form of taking responsibility. From a shamanistic perspective, the priest is actually removing the illusion keeping the lie of the disease in place--the lie being the denial of health. He begins to no longer perceive disease in the subject, and as this awareness manifests in the physical world, so does the healing. Deep in the Hawaiian culture is the belief that emotions and behaviors create disease, as is true in modern mind-body medicine.

So, when I heard, "Life just isn't fair!" from my teenaged niece, I said, "It's as fair as you make it out to be." And when you consider all the factors, and the arbitrariness of such judgments of fairness, you have to conclude that life really IS fair.