Report No. 5 - Time and Manifestation Albert Einstein once said that time is Nature's way of keeping everything from happening at once. And if you've ever tried to "make something happen," you probably wished that rule could be suspended. Time can be your friend, and can be your foe, depending on your expectations.

As a child, I remember my dad getting so frustrated because things didn't work the way he expected them to. One time he had gotten the lawnmower out of the garage and was going to mow the lawn. He kept pulling on the starter cord, but the dang thing wouldn't start. Dad got madder and madder, and ended up kicking the poor machine. It then dawned on him to check the gas level. It was empty. He had gone through all this stress and frustration from a false perception.

Without going into the obvious self-esteem issues of my dad, the take-away is that when we intend for something to happen, the amount of time it takes between creating the intent and the actual manifestation of it varies wildly, and can get tangled up with all manner of counter-intentions, false perceptions...and, self-esteem issues.

At a quantum level, the basic truth of the matter is that every intent is manifested. Once an intent is formed, instantly things at the atomic level begin to change. There is no such thing as putting out an intention and then nothing happens. Scientifically and physically, this is impossible. Thought and matter are so connected as to be one and the same.

Dr. Richard Bartlett of Matrix Energetics, trains his students to "notice what changes" after placing an intent. The changes can be very subtle, or very obvious, and can happen instantaneously, or over time. What has remained mysterious to me is why some intentions manifest quickly, and others manifest over a long period of time. What is the difference?

I've concluded that it is a matter of perception and estimation. When we want something to happen, often times that intent comes with baggage--we want it to happen a "certain way," or we may include fear, or skepticism around the intent. The thing to notice is that when an intent is placed it originates from the current terrain of feelings, emotions, and subconscious thinking. I believe this "terrain" determines how much time is injected between intent and manifestation.

Theoretically, anything can be manifested instantly. I've personally experienced this using the Take Away Technique, where there is a pain or discomfort that can instantly be removed simply by asking that it be removed. In Paramahansa Yogananda's Autobiography of a Yogi, he tells the story of a particular swami in India who could manifest food out of thin air. He started out manifesting an apple in his hand, and then at one point food was literally raining down out of the air for a banquet for several invited guests.

At a deep level, these examples are alarming because they potently demonstrate the direct link between a thought and an effect. We don't want most of our thoughts and intentions to manifest immediately--there is a built-in cultural bias against it for obvious reasons. I would contend, however, that just because an intent doesn't immediately appear in the "physical world" that it never will. How many times have you wished someone ill, and in a few days or weeks, they get sick? Not to say only your intent created that condition, but it certainly added energy to whatever else was manifesting that condition. That is why in shamanic training, the student is always admonished to watch their thinking, and most importantly, watch their words. 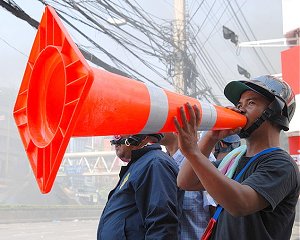 In the human makeup, there seems to be direct amplifying link between thoughts and the spoken word. By speaking an intent, it seems to sweep away a lot of unconscious counter-intent, and it changes the emotional and physical terrain of the body to "line up" with what is spoken. This is the technique behind occult incantations, vocal affirmations, or vocalized prayers, and can be a helpful aid to get past any possible counterintentions. Writing also seems to have the same amplifying effect. So write down what it is you are intending.

In Matrix Energetics, Dr. Bartlett teaches that "naming" a disease or condition adheres those symptoms to a meme, or preconceived pattern of ideas. He recommends changing the name of a condition or disease to something non-sensical in order to remove the meme from it. In this way, the symptom set is no longer being amplified by all the other similar symptom sets ever experienced. In the same way, naming a situation then requires the situation to remain as named. So, a good technique is when you notice that you've named a spouse's behavior as "self-centered," or "that thing they do," change it up. Say to yourself (or out loud), "There is that mumborumba behavior." By re-naming the behavior as something non-sensical, it shorts out the emotional content and your own intent for it to be there, and opens the possibility for the behavior to change.

Thus, the practice of "clearing intent" is very useful:

I also like to observe my thoughts and feelings following the above clearing practice. Many times, I'll have "second thoughts" about the intent--the thinking that has always prevented the intent. Or, sometimes, past experiences where there were unintended consequences of an intent. These are transformative gems of information, because by noticing them neutrally and without judgment, you "unhook" those counter-intentions from your intent so they don't "weigh down" the manifestation by injecting time into the result.

It is also interesting to notice what course of action (if any) suddenly comes to light by placing an intention. This is the universe lighting a way for you to allow the intent to manifest.