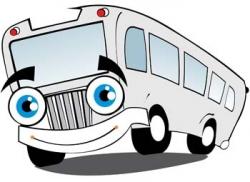 A good friend of mine--we'll call her Frieda--recently found out that her car was on the verge of breaking down, needing a transmission, new suspension and brakes. But these repairs would more than total the car's worth. Because she is nearly 80, her friends and family, along with me, pleaded with her not to drive the dang thing as it just wasn't safe. Frieda gave in, and in the next few days came to me very excited about being able to get a monthly city bus pass discounted for seniors.

"I just love the bus!" she'd say, and then head out all over town with this new found freedom. Her enthusiasm for having that freedom impressed me.

A few weeks later, Frieda excitedly strolled up to me, "I've got some great news! A friend of mine has three cars and is letting me use one of them--she's paying the insurance for me!" She had also talked to another friend who owned a garage and had said he would give her $500 for her old car. "But, I decided it felt better to give it to Father Joe's Ministries--they'll tow it, you know!"

At first, I wondered why she didn't want the $500, since she's on a very restrictive fixed income, but then Frieda's story was dawning on me. She was doing what felt abundant and right. And, the bus pass to car transition was equally interesting. She was so into the feeling of freedom with the bus pass, she ended up magnetizing even more freedom in the form of a new car.

Frieda's story is a perfect example of how feelings and the imagination team up together to create a personal reality. And it truly is a team effort. Imagination without feeling--light daydreaming, or escapist fantasizing, does little to move the physical events in any particular direction, except maybe to create more opportunities for escape.

But, imagination WITH FEELING, is a whole other animal, and I know this from personal experience, but now and then it's a good idea to remind myself of it, because it's a two-edged sword to say the least.

The Universe is a neutral medium. As Manuel Ruiz, Jr., the Toltec shaman says, "Life is a canvas. You hold the paints and the paintbrushes. Make your life your masterpiece!" 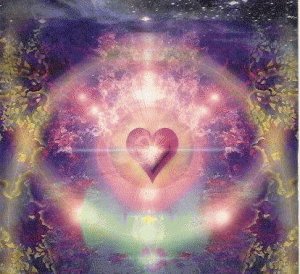 The Universe is constantly responding to your decisions, your desires, your fears, but most directly to your feeling imagination. Quantum physics became famous for the discovery that the Observer (in an experiment) changes the outcome of an experiment by simply observing it. The implications of this discovery are vast. This ultimately means that you, simply by the act of perception change the way atomic and sub-atomic particles behave.

Research done by the HeartMath Institute has further shown that imagination directly changes DNA, and is able to turn gene expressions on and off. Add to this the discoveries of Dr. Masaru Emoto that water responds directly to human feelings, and that the human body is 93% water, AND, that negative human emotions disrupt the geometries of water, and positive emotions enhance the geometries of water... Well, you've got a deep connection there between how you feel and what manifests in your life.

The way we change our inner emotional state is by purposely using our imagination. Think about that. Now consider Frieda's inner life. She lost her means of transportation, which equated to a loss of freedom to her. Rather than feeling restricted, she chose to feel freedom, and got herself a bus pass that made her feel even more free. As she rode around in the bus, she continued marveling at the freedom she had, and, bippity-boppity-boo, she manifested a car.

The power of the human mind is in the imagination. The imagination is the direct sub-atomic driver of physical reality, and feelings are the amplifiers of imagination.

Note that nowhere here are we talking about doing anything to "make stuff happen." We're just imagining with feeling and then responding. If that ends up being action taken, then it is action in alignment with how the universe is responding to the feeling imagination. To only take action in order to "make something happen," is an uphill battle, because there isn't any power of imagination or feeling (other than maybe frustration, which just slows things down more).

So sit quietly in your heart space, imagine what your life could look like. Feel what it would be like. And before you know it, you'll be dancing in that world, and it didn't feel like you had to do anything!