Report No.15 - Humans Beyond Corporate Profits

I'm not by nature a political person. The closest I've come to being classified pretty accurately by someone it was by a channeled entity, Anttarr, through the late Levi Longfellow. Anttarr delivered a long diatribe about how I was a "Psycho-Social Naturalist."

I've mulled that over for years, and have finally come to a definition that relaxes me. Although I consider myself pretty much a social hermit, when I am out "in the world," I enjoy just letting people be who and what they are. I've never felt it was my place to judge or want to change someone. I may have a response to a person's behavior, but I would much rather have them continue to be themselves, despite my responses.

It's because of this view, I think some political analyst somewhere would say I was a "progressive"; perhaps interpreting my "liberal social tolerance" as such. Of course, metaphysically speaking, everyone is really a projection of my own mind, so to judge or criticize somebody else, is just me talking to myself. And that is what becomes what I call the Progressive's Lament. Isn't it just human nature to have a helpful, caring, loving society?

I'm a fan of John Perkins, a lecturer and activist shaman, who now and then presents workshops and seminars. His banner is "Shapeshifting Strategies for Positive Change." Anyone familiar with shamanistic practicies is familiar with shapeshifting. It's where you simply change your shape to change the world. This can mean anything from changing a thought form, to literally changing the body's appearance.

One of Perkin's associates is a fellow named David Korten, who has a very interesting take on global politics. His book list reveals some of his ideology: Agenda for a New Economy: From Phantom Wealth to Real Wealth, The Great Turning: From Empire to Earth Community, and When Corporations Rule the World.

Korten's whole approach is presenting a worldview where shamanic wisdom of ancient cultures is applied to economics. What he comes to is a world where wealth is shared, and where values of increased awareness, shared consciousness, and earth rituals have trumped corporate acquisition and individual power mongering. In a cooperative village setting, no one owns more than anyone else, and everyone's needs are met.

Obviously, this is an old Utopian idea shared by such ignominious visionaries as Marx or Mao, and by the way, by most children. It isn't until direct attempts to manifest these high ideals that modern societal programming ultimately leads to Utopian failure.

This isn't to say it can't be done, it's just that, as Korten would say, because corporations own most of the humanity's resources (including mass media, the educational system and health care), there can be no such thing as "sharing everything with everybody." And that's why I believe corporations were invented in the first place.

No one human being could betray their own natures as completely as a corporation can. A corporation can only expand, otherwise it ceases to exist since the stockholders would no longer be getting returns on their "investments." Corporations are a way of dodging social responsibility under the "moral" banner of "shared profits" for the stockholders.

And this is where it all goes off track. Sure corporations share, but only amongst their stockholders, which is why governments have to intervene on behalf of the rest of us. Of course, the people in government are stockholders, too, so that neutralizes much of the "push back" from the government.

What Perkins, Korten, and crowds of others are saying, basically, is that because earth is made up of finite resources, there can be no such thing as an "ever-expanding" corporation. And, by allowing human nature to re-express itself without corporations will ultimately lead to a cooperative, sharing society.

In her book, The Bond, Lynne McTaggart proves that "hard-wired" into the DNA of all humans is the impulse to share, the impulse to help (without reward), and the impulse to take turns. These are not learned behaviors. These are behaviors we are born with. Exhaustive studies over many decades have proven this, and dis-proven the long-held belief that the best life strategy is a self-serving one--that competition is good for society in general, and that progress would never happen otherwise. This sounds like a corporation talking, doesn't it? The truth is, the corporate premise is diametrically opposed to basic human nature.

This is not only true of humans. Many species from chimpanzees to elephants to birds exhibit similar cooperative social behaviors. I see it in my cat, Ralph, and dog, Wookie. Ralph never eats all his food, because he wants to share it with Wookie. After Wookie eats, Ralph is back at it, schmoozing me for more food for him.

When political Progressives talk about change, what they are basically wanting to change is the fundamental economic basis of society--corporate power. This is a futile exercise, because it doesn't get to the true root of social problems. I would venture to guess that society exists at all only because of caring, helpful people, and despite the greed and inherent corruption of inhuman corporations, or as Korten calls it, The Empire. Because The Empire is not a person, it doesn't care about people, only itself. Sure, people own parts of it, and run most of it, but they are operating on only one premise: monetary profit--a narrow and dangerous premise indeed. 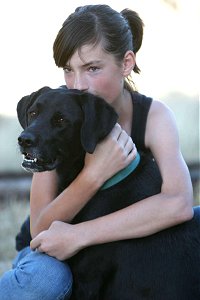 What is it within ourselves that disconnects us from our family, our community, our nation, our world--the earth itself? That disconnected thing within us is what allows all manner of behaviors and outcomes betraying our basic natures. This betrayal is where we lose our faith, where we begin to fear life, harbor suspicions of our fellow humans, and maintain that tried and truly cynical "dog-eat-dog" world view.

When in fact, we are hard-wired to be selfless, to share, even to experience others as ourselves. We all fundamentally embrace the Golden Rule, and automatically want to help others. What if The Empire did that? What a different world that would be!

The next time you hear that old cynic's saw, "The more things change, the more they stay the same," just remember to re-connect to your true nature, and through that re-connection, the world can become one again.