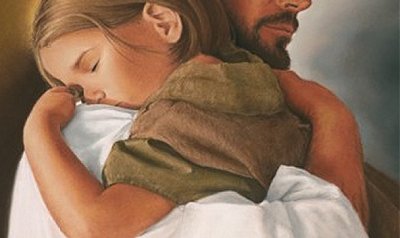 In the Christian Bible story of the Crucifixion, Jesus cries out from his tortured place on the cross, "Father, why have you forsaken me?!" The pain, the injustice, the Deep State hate, and the inhumanity of Man, threatened to convince Jesus that God had abandoned him, and there was scant hope of relief or retribution.

The Biblical story of Lucifer tells of a fallen angel who had lost all hope of connection with the Creator, and chose to become his own Creator, trumpeting to the world to "Do What Thou Wilt", in hateful rebellion against a God lost.

Most dramas and parables about the human condition across many cultures depict similar circumstances as a cautionary tale of the price paid by the unfaithful--the crucifixion of an ego separated from its Source. Just as an infant cries out in pain, anger, and frustration when needs are not met, we tend to blame the outside world for our own misery.

This separation from God Source is a choice point we all have, where we choose to separate our perception of the world into "inner" and "outer", when in Reality there is no such separation. When this separation is chosen the body and mind react with negative emotions and fearful thoughts, sometimes so intensely we forget we made the choice, and more importantly, we forget we have always been in the arms of God.

Recently, I lost my younger brother to cancer. For many years, we would have long conversations a couple of times a week about the state of the world, its Controllers and the drama of human awakening. Practically every time we talked he would exclaim, "I don't want to be here!" I would retort, "You know that could easily be a self-fulfilling prophecy." He would shrug and say, "The world is absurd."

He had really given up on seeing a world of kindness, compassion and common sense. Although I could wholeheartedly agree with how the world is going to hell in a hand basket, I would see it as a great awakening--God shaking everyone awake to demonstrate the futility of separation. My brother couldn't quite see that.

This is the same cynicism of Lucifer, the same cry for connection as Jesus on the cross, and the same wailing for attention as an infant, fearful of that separation from parental source.

When that choice is made to bifurcate the world into inner and outer, we create "The Other". The Other is what we are not, and to the degree there is a disparity, The Other becomes an opposition, and is sometimes cruel. We fall victim to our own creation--the illusion that life is happening to us and not as a result of us.

Yet, from an eternal perspective, the bifurcated drama we play out always ends with God's embrace. Many near-death experiencers report that as their life flashes before them, a perfection is revealed where the inner meets the outer and it all makes cosmic sense, bringing peace and fulfillment.

This is the reward of the non-duality perspective: one end of the spectrum exists because of the other end. Understanding comes about from ignorance; faith comes into being from hopelessness, and success happens because of failure. The Circle of Life always completes, and if it seems not to, one only needs to step back further to see the bigger picture of completion.

There are only full circles in the realm of God. By choosing to be with the Creator, we can emulate that love and fulfillment in the knowledge that what we see outside of ourselves is a result of who we are. By continually making the commitment to remain in the arms of God, the evil in the world only signals the inevitable manifestation of good--the victory of Light over Darkness. God wins.