This Quantum Life #136 - Jumping At Shadows 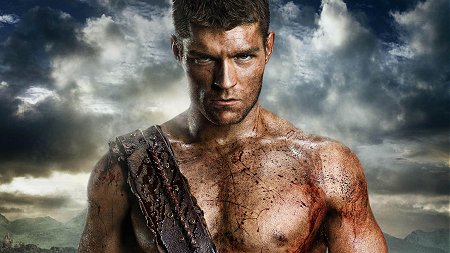 Hey, it was the 1970s, and just like any self-respecting hippie, there was a bit of a requirement to experience LSD. And since I embraced a decidedly spiritual path, my experiences on acid had life-long impacts on my ascension along that path.

On one trip as a tender 19-year old, I recall heading back to my house after a wild hippie dance event. The kids in the car inevitably got the munchies, and we stopped at a food mart. Outside, there was a soda machine, and I went there in search of relief for my parched throat. Suddenly, I was absolutely convinced I was going to be struck by lightening. I jumped to the right, jumped to the left, then looking up I realized it was a perfectly clear night, with brilliant stars shining across the sky.

Nonetheless, I quickly snagged a Mountain Dew and ran back to the hoped-for safety of the car. I was trembling from the imagined lightening threat as I sat in the car waiting for the others. They dropped me off at my house, and I sat for some time on the front porch working hard to "get my shit together" before going inside where my parents were sure to still be up. This distracted me from the lightening threat, and soon it faded. I chalked the whole experience up to acid hallucination where something had triggered a danger cortisol response despite no corroborating sensory information.

This is a perfect example of how the amygdala of the brain can hijack our perceptions, throwing us into the "fight-or-flight" response. These "amygdala episodes" can be triggered by the slightest of sensory information that may or may not be accurate, let alone existential, but once the imagination is engaged, so is the horror movie.

For example: recently, I woke up suddenly pre-dawn from a repeated thumping sound that seemed to be coming from inside the house. The amygdala shifted into high gear, my heart was pounding, and I jumped out of bed to go investigate. There was nothing that would have accounted for the sound in the house, so I peered out a window, and across the street, two people were loading something into a truck. I guess the acoustics were just right to make the sound of their activities carry directly into the house, creating the illusion of near proximity.

In both of these cases, the amygdala response effectively shut down my ability to clearly and accurately understand what my senses were telling me. Instead, I could only imagine dire and dangerous scenarios in place of simple curiosity and logical analysis.

These amygdala events happen frequently enough, and those pathways get enhanced, bringing on more imaginings of existential emergencies. This is the downward spiral of the stress response, and how the overarching fear of it all can remove the joy, intelligence, and compassion from life.

This living in fear centers all the attention on self, where self-preservation cancels out humanitarian impulses in favor of service to self. The service-to-self paradigm is the hallmark of the global controllers, who have descended to such a depth as to see most of humanity as a threat to their existence. This is what I call "amygdala-dosis", and it drives much of the evil in the world.

Fear as well as courage are contagious. A mindful pause for a few moments that disengages the imagination is all it takes to derail an amygdala event. Cortisol levels normalize, and curiosity is engaged as courage returns.

On a quantum level, we are living in a Mirror Universe that mirrors back to us how we are being in the world. If we are being terrified, or merely unsettled, the universe begins to bring us more terror or more reasons to be unsettled. On the other end of the polarity, if we are being peaceful and beautiful, the universe mirrors more situations that include peace and beauty.

Most garden variety fears arise from fear of death, which is a direct contradiction to the cosmic truth of our immortality as points of consciousness. We cannot not be. We can pretend not to be, but it's not who we really are (as an eternity would prove). 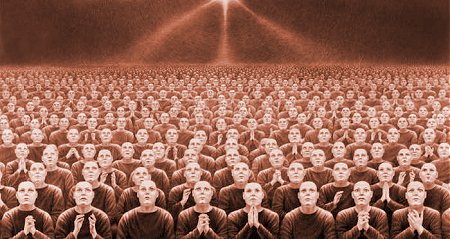 The death fear is a control strategy employed by masters on the slaves. Simply threaten the slaves with death, their amygdala engages, and they will comply. Like Spartacus, it is the ability to transcend the amygdala that drives slave rebellions. Seeing through the illusion of death, rising above the individual self to serve an eternal vision connects us immediately to Source. Soon, the universe begins to mirror back the righteous vision of freedom the more it is embraced and experienced and as more and more slaves wake up to their sovereignty.

Ultimately, it is the Controllers who are the slaves--slaves to their fear of losing power--slaves to constantly fighting a loss of control. In the end, all they can do is convince us to stay in a smaller box of control than they are in, and fear is their only weapon.

The fearless never jump at shadows, because they see beyond those fleeting illusions that deny the eternal. Embracing the essence of who we are as points of God disengages the amygdala, brings mindful peace to any chaos, and spreads like a righteous contagion to uplift the world into its inherent eternalness, where all are safe, all are free, and all are love.